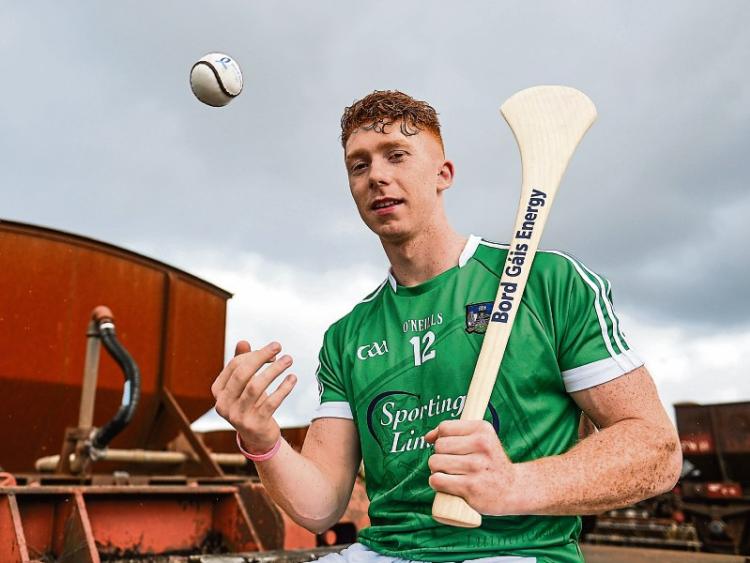 The Patrickswell man is in his fourth season in the Limerick U-21 hurling starting team.

The same time frame will see Galway as a county play game number five on Saturday. Indeed to amass 11 championship games, Galway have to go stretch back to 2010.

Lynch is anxious for his record to move onto 12 games and a September 9 All Ireland U-21 hurling final in Thurles.

“It’s knockout and of course any game could be the last but you can’t really think like that about a game,” said the Mary Immaculate College student.

Lynch has won eight of his 10 games at U-21 level but expects nothing easy if that winning run is to continue.

”We have a big task ahead,” warns Lynch.

”There is massive confidence in Galway hurling right now and we know that they have had strong minor teams for the last three years,” he explains.

Just like the Munster final, when high-flying Cork were the opponents, Limerick must now contend with a Galway side, bidding to follow their senior and minor teams into All Ireland finals.

”We will give them the utmost respect. It was the same for Cork as for Galway but all you can do is play what is in front of you at anytime.”

But the bookies make Limerick the hottest of 1/6 favourites?

”We don’t look into that - that is for the bookies and onlookers,” said Lynch.

”We will keep the heads down, work hard and try to do our best. There is nothing easy at this stage and we know we are going to face a big Galway hurdle,” stressed the centre forward.

The last three years have seen Lynch play Galway at minor, U-21 and senior level.

”We know eachother fairly well and what we know is that on any day we need to be at our best for 60/70 minutes.”

He adds: “Saturday is huge - All Irelands don’t come around too often. Kilkenny, Derry, Galway and Limerick are all in the same place and all looking to get to a final”.

Lynch is one of seven Limerick U-21 players that played senior inter-county championship this Summer.

”It is sad and depressing when you are out of a championship,” recalls Lynch.

”It would be anyone's dream to be playing in Croke Park in August and September - I would be looking at the games the last weeks and wishing we were there. That is something to look forward to down the line but important now is this U-21,” he said quickly returning to the matter at hand this Saturday.

The inter-county senior season aside, Lynch’s medal collection continues to build over the last 12-months – adding a first Limerick SHC, a second Fitzgibbon Cup and a second Munster U-21.

”There has been no time to stop and think - I went from the club championship straight into the hurling with the college, then Limerick, the club and U-21s,” he outlined.

”Sure all you can do is drive on – it has been positive to be fair and it’s a lot easier when you are winning.”

The Munster U-21 final was just over three weeks ago.

”We are tipping away since - we had the club championship and then back to work hard with the county side. We have a big panel and for management there are big choices,” he said.

”We have to prepare for all scenarios. The lads are very professional - all lads who have hurled and know the craic,” said Lynch in praise of the Limerick U-21 management of Pat Donnelly, Mike Kiely, Maurice O’Brien and Brian Foley.

What of his own role?

”I keep running around - If the team is doing well, that’s what matters,” he said.

”U-21 is always enjoyable - the lads you have hurled with for maybe seven years.”