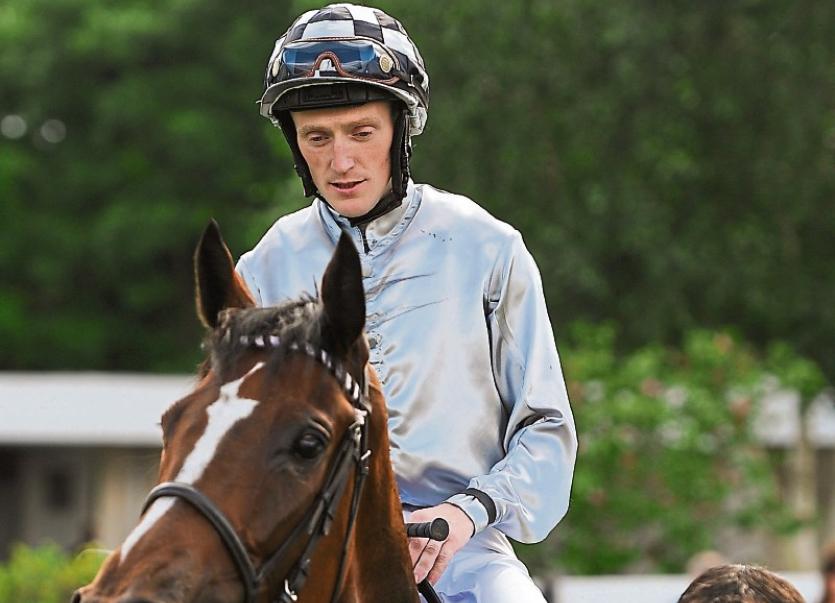 LIMERICK jockey Billy Lee enjoyed a successful opening night at the Galway summer festival when partnering Pearl of the West to victory in the Eventus Handicap.

Lee’s charge, a 6/1, shot, stayed on strongly in the closing stages to score a comprehensive three-and-three-quarter length success over Mr Adjudicator.

The winner is trained by Pat Fahy. Almost 20,000 patrons thronged the enclosures at Ballybrit on the opening night of the famed Galway summer festival.

Thirty five-year-old Billy Lee is a native of Ballingarry.

Lee rode his first winner on the track when partnering Zeno to victory for trainer Tommy Stack at Sligo in August, 2002.

The 148th Galway Races Summer Festival continues each day until this Sunday, August 6. More than 150,000 racegoers are expected to attend.

With 52 races over the seven days, each day now offers a minimum prize fund of €100,000 for the feature race. The overall prize fund has been increased by €123,000 on last year’s Festival.