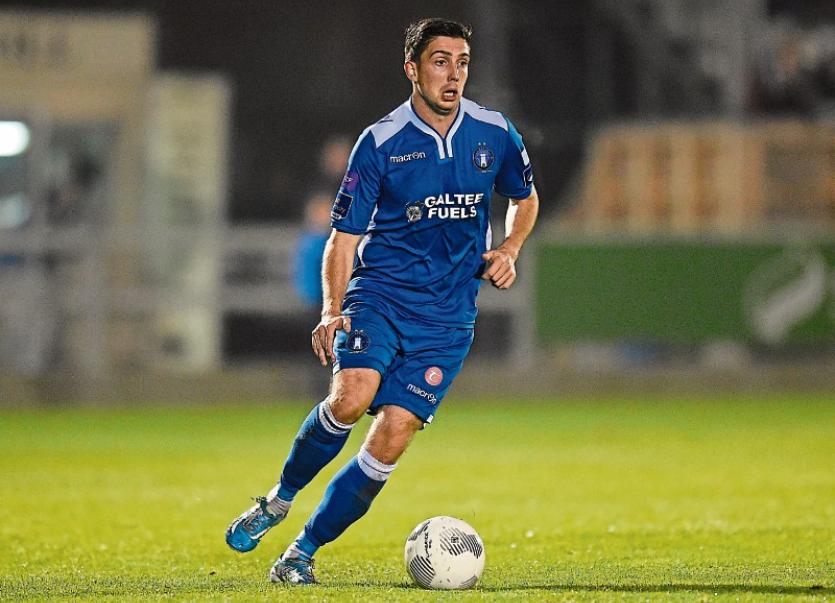 LIMERICK FC defender Shaun Kelly has confirmed that he is to take up a ‘new job in Limerick outside of football’ .

Kelly, along with team mates Robbie Williams and Paul O’Conor were placed on the transfer list by Limerick FC last week.

In a tweet, O’Conor said he was ‘very sad to be leaving’ the Blues, and ‘couldn't have enjoyed my time at Limerick more.’

Donegal native Shaun Kelly has indicated that he is excited to ‘start a new career working and playing a bit of ball on the side too sometimes!.”

Twenty eight-year-old Kelly returned to Limerick in the summer transfer window of 2015 having first joined the club at the same stage four years earlier.

Kelly previously played with Heart of Midlothian in Scotland and in the League of Ireland with Dundalk and Galway United. In 2014, he moved to Derry City for a 12-month spell.

The full-back made his 100th competitive appearance for the club against Cabinteely at the Markets Field in April 2016.

Announcing his decision to leave Limerick FC, Kelly said: “To all at Limerick FC, thank you for the last number of years since I signed in 2011. It’s been a pleasure. The two promotions (to the Premier Division) obviously my highlights.

“But it’s time for a new challenge and a new job in Limerick outside of football for a change.

“No fall-outs, no off-field stories, just people wanting to take different paths in the future, these things happen. I would obviously rather have stayed, but it’s not to be. I’m getting old anyway!

“Excited to start a new career working and playing a bit of ball on the side too sometimes!.

“Limerick is now my home and where my family are living, but now I’ll be supporting the lads in the Markets Field, rather than playing with them.

“I loved every minute of playing for this club. Thank you for some great memories and all the best to everyone at the club.”