Scarlets lock expected to sign for province on return 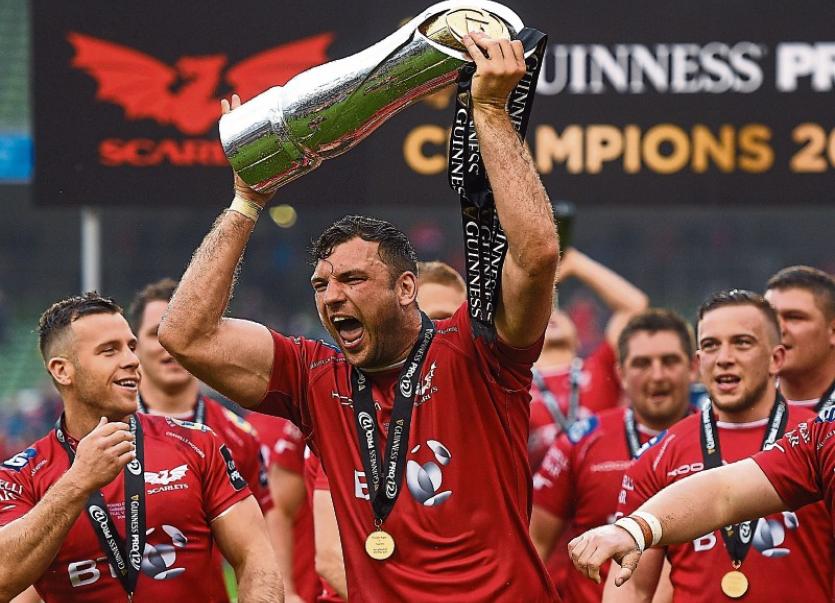 Munster have been hit with the departures of three experienced second-rows this summer in Ryan, who has left the province for Racing 92, Dave Foley, who has joined another French side Pau, and veteran Australian Mark Chisholm.

Twenty five-year-old Grobler makes the move from Top 14 side Racing 92 where he played on 20 occasions during the 2016/17 season, including a start against Munster in Round 2 of the Champions Cup. Grobler scored five tries.

However, Leader Sport understands that Munster and the IRFU are hoping to bolster their second row options by bringing 24-year-old Scarlets Guinness PRO12 winner Beirne to the province for 2018/2019.

A former Irish U20 international, Beirne won a British & Irish Cup medal with Leinster in 2013. Beirne, who came through the Leinster academy, made a handful of senior appearances for the province before signing for Scarlets in the summer of 2016.

Kildare native Beirne enjoyed a terrific finish to last season with the Scarlets, including scoring a try in the Welsh region's 46-22 thumping of Munster in the showpiece PRO12 final at the Aviva Stadium in May.

The 6' 6” second row made 24 appearances in all for the Welsh region last term. That tally also included four starts in the Champions Cup.

While best known as a second row, the versatile Beirne has also played at blindside flanker.

In the wake of their hugely impressive PRO12 final win over Munster, Beirne agreed that he would need to play his rugby in Ireland in order to play for the national team.

Scarlets head coach Wayne Pivac has been fulsome in his praise of how Beirne has progressed at the Welsh region.

"If you said value for money he'd be right up there at the top of the list.

“He came over (to Scarlets) for an opportunity and he's taken it with both hands and it's one of the success stories of our side this year.”

Cullen said: “He's a great competitor, Tadhg, he goes hard, he has a great engine.

“Even in his physical development, in his last six to nine months with Leinster he made huge physical strides so yeah, I'm delighted to see him do well."

With Beirne tipped for a move to Munster at the end of next season, the province's options in the engine room this season include 31-year-old Irish international Billy Holland, 23-year-old South African Jean Kleyn, who joined the province at the start of last season, as well as Dave O'Callaghan and Darren O'Shea and new recruit Grobler.