Murray, Stander and O'Mahony off on holidays 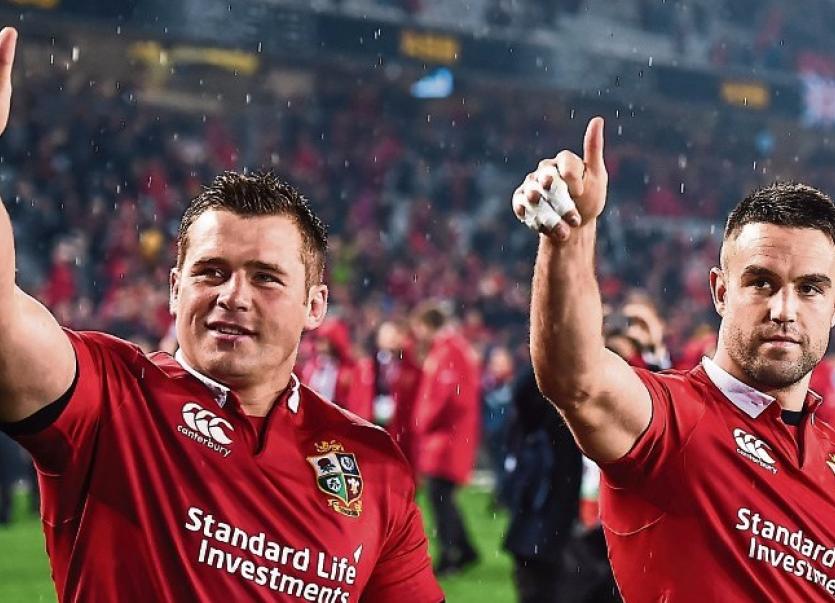 The Munster stars are not expected back in Limerick for at least a month, where they would then begin a pre-season of their own to prepare for the 2017/18 Pro 12.

The majority of the Munster squad have been in preseason for a week now, with the players who toured with Ireland to return in seven days time.

With Murray, Stander and O'Mahony having played at the business end of Munster's season, as well as featuring for Ireland in the Six Nations, it is likely to be late September or early October before Munster fans will see the trio in red once more.

The Guinness Pro12 kicks off on the weekend of September 1st, with six rounds to be played before the opening set of fixtures in the European cup take place on October 14.

Munster would expect to have their Lions stars back in time for those opening rounds of the Champions Cup, with Pro 12 Round 6 a realistic target for the players on October 7.

Coming just days after Munster confirmed that their South African coaches Rassie Erasmus and Jacques Nienaber are to return home, the province and the IRFU announced this week the arrival of two South African players to Limerick.

Flanker Chris Cloete will be joined by Gerbrandt Grobler in the Munster squad for the coming season.

Southern Kings and Pumas flanker Chris Cloete has signed a three-year contract while Gerbrandt Grobler has signed a one-year deal.

Cloete (26) has made 21 appearances for the Port Elizabeth Super Rugby side, scoring six tries, and has enjoyed a standout season during the Kings 2017 campaign.

Currently with the Pumas, Cloete previously lined out for Western Province in the Currie and Vodacom Cups, and also spent time playing in Sri Lanka.

According to Munster Cloete is a “powerful loose forward that excels at the breakdown” with his form this season propelling him into the South African ‘A’ side where he scored two tries against the French Barbarians.

Munster's second arrival is Grobler. The second row, who has previously served a two season ban after testing positive for drostanolone, an anabolic-androgenic steroid, during the 2014 Currie Cup

The second row makes the move from Top 14 side Racing 92 where he played on 20 occasions during the 2016/17 season, including a start against Munster in round 2 of the Champions Cup, and scored five tries.

The 25-year-old previously represented Western Province in the Currie and Vodacom Cups, and played Super Rugby with the Stormers.

Grobler will link up with the squad during preseason while Cloete will join the province on completion of his Currie Cup commitments.

Munster have been in the market for a second row following the departures of Dave Foley to Pau and Donnacha Ryan to Racing 92.

The province are also on the look out for a tight head prop. The IRFU have agreed that Munster can look for a NIQ (non Irish qualified) number three with South Africa expected to be the most likely hunting ground.