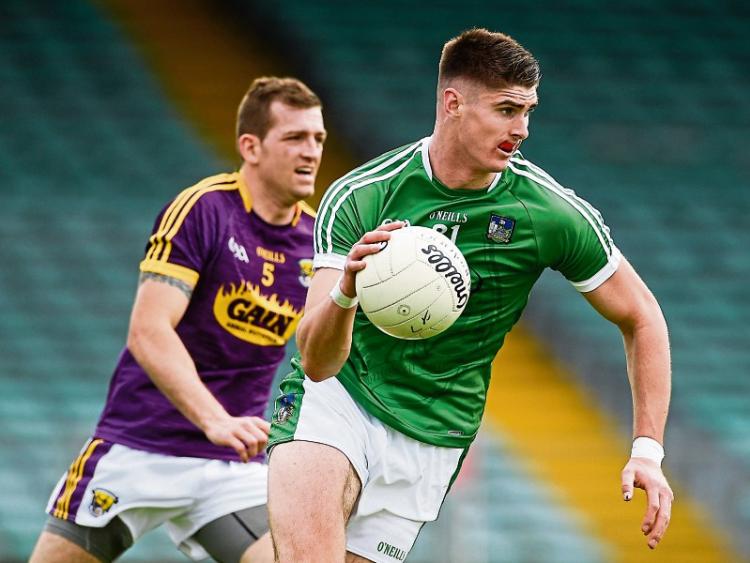 THE 2017 season ended for the Limerick footballers this Saturday with a 0-12 to 0-11 defeat to Wexford in round one of the All Ireland SFC Qualifers.

Limerick will look back on a total of 12 wides, compared top just five for the visitors to the Gaelic Grounds.

There was also a first half penalty that didn’t result in a goal and a fine save from Wexford goalkeeper Shane Roche to deny Josh Ryan a second half goal.

It was 0-7 each at half time. It was a half in which Limerick had the breeze but kicked five wides, while Wexford had just one.

With Wexford setting up very defensively it was difficult for Limerick to break through for scores in a half when the sides were level on six occasions.

It was into the 11th minute when Seamus O’Carroll finally opened the scoring.

Ger Collins added a free shortly afterwards but then Limerick had to wait until the 18th minute for another score – O’Carroll kicking a ‘45 to level the game at 0-3 each.

Iain Corbett kicked a beauty to level again after corner back Michael Furlong had his second of the day for The Model County.

For the first time in the game then came a lead of two points when Wexford moved 0-7 to 0-5 clear with 27-minutes played.

Limerick’s chance to make inroads towards victory came in the 31st minute when Darragh Treacy was fouled for a penalty.

Up stepped captain Iain Corbett but the centre back blasted just over the crossbar to level it again and that’s the way it stayed for half time.

Wexford had the first two points of the each half but Danny Neville and Jamie Lee (free) levelled by the 7th minute of the half.

The sides proceeded to swap score after score with Seamus O’Carroll and Darragh Treacy on the mark for Limerick.

Treacy’s effort had the game level, 0-11 each in the 66th minute but it was a 68th minute point from PJ Banville (free) that proved the winner.