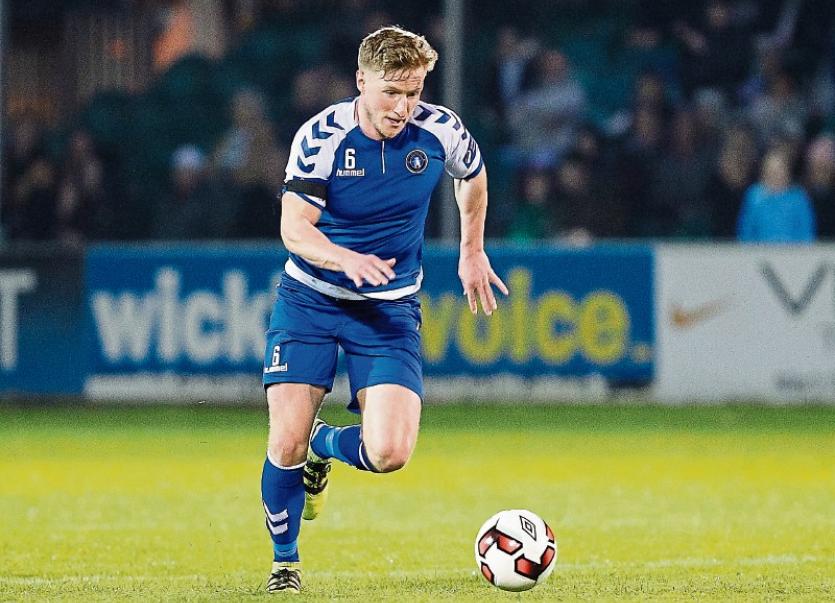 Limerick returned from the mid-season break with a 4-1 Munster derby defeat at runaway leaders Cork City, a harsh lesson in finishing given the opportunities that fell their way.

Twenty nine-year-old O’Conor now wants to repay the large travelling support that were at Turner’s Cross eight days ago by returning to winning ways at the Garryowen venue.

“It’s a big game, especially after losing the first game after the break. We’re still disappointed with that result; we played well in patches and created a lot of chances but this week the focus needs to be on taking the chances that we make,” O’Conor said.

“St Pat’s have had a fairly tough season. They have lost a lot of players since they won the league a few years back. They have kind of been picked apart with players. I think the big one for them was losing Jamie McGrath to Dundalk this year.

“But they’re a good team on their day. They’ve got Christy Fagan and Conan Byrne – they’ve got goals in their team. We need to be aware of that. We don’t need to look at their league position at the moment – I don’t think it matters.

“We’ve just got to make sure that we go out and be professional, and try to come away with three points. We’ve got to be ready for it. There are no walkovers in this league – anyone can beat anyone. We have to turn up, especially after the result last week.”

Limerick’s next trio of games presents them with a real opportunity to kick on – with trips to relegation-threatened Drogheda United and Galway United to follow.

In their first meeting this season, Limerick took a 2-0 win away from Richmond Park in April after goals from Tony Whitehead and John O’Flynn – who could both miss Saturday’s clash – with Brendan Clarke saving a Conan Byrne penalty in between.

Limerick also took maximum points from the clubs’ previous clash in the Premier Division, in September 2015, as they won 3-1 at the Markets Field. The two Cup ties last year ended in favour of the Saints, in the FAI Cup in Dublin (2-0) and then the League Cup final on Shannonside (4-1).

Limerick FC manager Neil McDonald is waiting on the fitness of goalkeeper Freddy Hall (shoulder), defenders Shaun Kelly (ankle) and Tony Whitehead (dead leg), and striker John O’Flynn (groin), but will give all four every chance of making it.