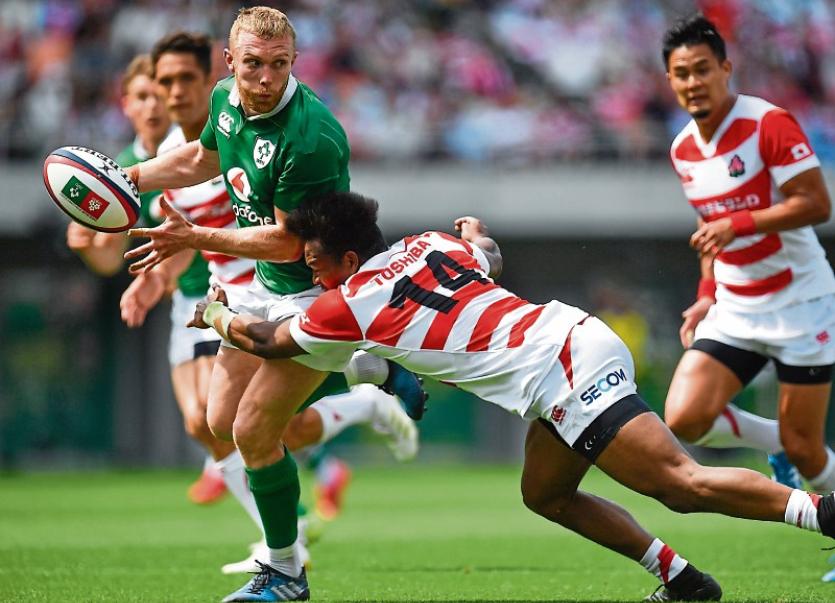 IN-FORM winger Keith Earls set a new record of nine Irish tries in a season as Joe Schmidt’s side thumped Japan 50-22 in the first of two summer tests on Saturday.

Munster star Earls bagged a brace of touchdowns, to go with the two the Limerick man scored against the USA last weekend, to help Ireland record a facile victory at the Ecopa stadium, Shizuoka.

A clinical Ireland ran in seven tries in all, taking a firm grip of the game in the opening half after which the visitors led 31-3.

Ana early try from the outstanding Earls, a brace from flanker Dan Leavy on his first Test start, and a late effort from Jack Conan set Ireland on their way.

The one-way traffic continued in the second-half as Conan, Garry Ringrose and Earls added further tries.

Japan finished strongly with Fukuoka racing past the Irish cover for a late score while Nagare had the final say with a try at the death, but they were merely consolations.

Ireland face Japan in a second Test match on Saturday next, June 24, at 6.40am Irish time (Live on eir Sport)