Five Munster players in Irish U/20 side to face Samoa 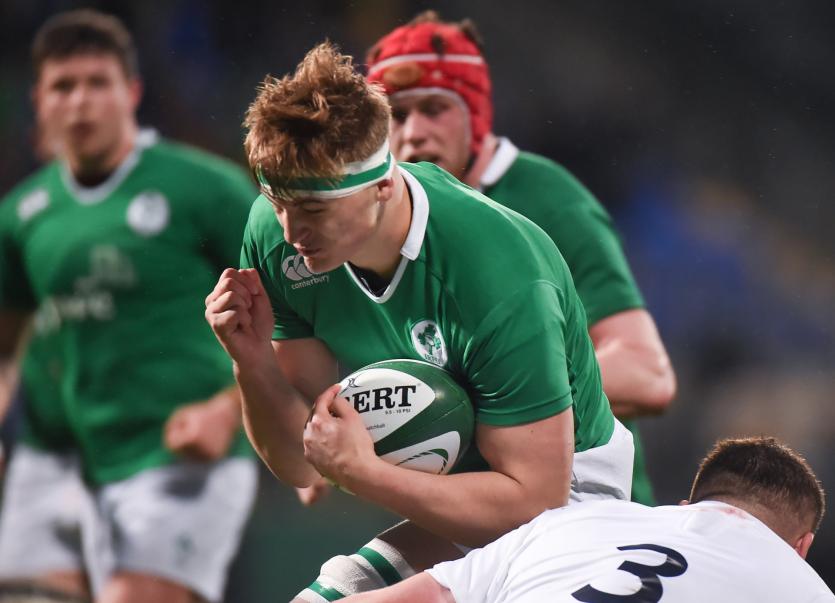 IRELAND Under 20 Head coach Peter Malone has made 12 personnel changes to the Ireland Under-20 team for Tuesday's World Rugby U-20 Championship 9th-12th place play-off against Samoa in Tbilisi. Munster academy stars Alan Tynan, Calvin Nash, Jack Stafford, Fineen Wycherley and Gavin Coombes all feature in what is a must win game for Ireland to avoid a relegation play off.

The game will take place at Avchala Stadium in the Georgian capital (10am Irish time), with live coverage on eir Sport 1 and also live streaming on www.worldrugby.org in certain countries.

Ahead of tomorrow’s game, head coach Peter Malone said: "Things didn't go to plan in the pool stages (with three defeats), but now it is about digging deep and looking to get a result against Samoa.

"That's not going to be easy as they caused problems for their opposition throughout their pool games and we know they're going to be very physical. The players know what lies ahead tomorrow and they're very focused, and really up for this game."

* Denotes uncapped player at U-20 level