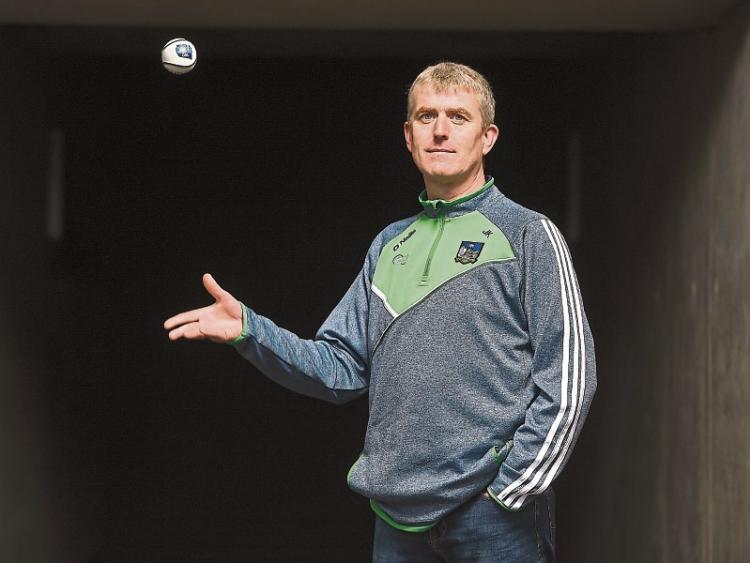 John Kiely: Management team and players 'want nothing less' than to make supporters proud of the team

“SHUT up, come on and get into the car or we will be stuck on the M50 for the evening,” said his wife Louise.

It was Sunday August 16 and John Kiely had just decided he wanted to get involved with Limerick hurling, minutes after Tipperary had inflicted a 24-point defeat on Limerick in the 2009 All Ireland SHC semi final.

“I stood on the Hogan Stand on the steps that day when we were beaten very comprehensively by a phenomenal Tipperary team on the day. For some strange reason I turned around at the top of the steps and looked out over the pitch and I said to myself ‘I am going to do something to try and make sure this doesn't happen again’,” explained the Galbally man.

“I said it to my wife Louise but she didn't realise I was serious. I rang Liam Lenihan (Limerick GAA chairman) the next day to tell him I wanted to get involved and help out at any level.”

The phonecall set in motion John Kiely’s journey to become Limerick hurling manager - now seven and half years later he leads his native county into Munster SHC action for the first time.

Born in the shadows of the Galtee mountains, Kiely oozes passion for Limerick hurling.

“I grew up in a pub (Galtee House) that my parents (Tom and Breda) owned in the village of Galbally and I loved hurling from the very first moment I picked up a hurley - I had to be hunted from fields to go to school. Our pub back in those days was full of supporters on fine Summer evenings from Cork and Tipperary returning from Pairc Ui Chaoimh and Semple Stadium - back in the days when car loads of fellas made the journey and it was a day out.

"Ours was a popular stomping ground for supporters and even teams - Tipperary stopped off on many an occasion to rub it into us on a return visit from Pairc Ui Chaoimh - Nicky English, Pat Fox and company,” he recalls.

“It was the dawn of the Sunday Game and hurling and GAA was brought to our living rooms and our lives by the Sunday Game so it was a very exciting time for a young fella who was interested in hurling.”

That interest was soon more than a hobby with a number of years as a Limerick hurler during the Tom Ryan era.

“Travelling to matches with TJ (Ryan) and Frankie (Carroll) and our driver, the great Jap Ryan, were the times of our lives when we were with Limerick back in the mid-90s. The Jap had a Paddy Reilly CD and the song that we would always listen to was The Rocky Road to Dublin and how right he was!

"We had Munster successes and All-Ireland tragedies that we are all too aware of - we had it all, the laughter and the tears and if we went back again we wouldn’t change a thing, bar a couple of results.”

He adds: “That’s where I got my passion for Limerick hurling”.

“I can still remember in 1996 coming home from Tipperary versus Limerick up in Pairc Ui Chaoimh in the replayed Munster final when we beat them. I was a sub and I was travelling with TJ (Ryan) and Frankie (Carroll) and we came back into our pub and Frankie had his hurley and drove it straight through the ceiling and there were about 150 rapturous supporters egging him on - they were great days and great times and had a huge influence on me,” smiles Kiely.

His playing days were to return Limerick senior hurling (Garryspillane) and football championships (Galbally), a Munster SHC medal and an All Ireland IHC.

Learning from Canon Michael O’Brien, Jap Ryan and Tom Ryan, among others, Kiely was destined for coaching and his eureka moment came in Croke Park in 2009.

“That feeling you get when you find that your team are responding to what you got to say. When you see them take on ownership of the jersey, that’s a phenomenal feeling and something you search for,” explains Kiely of the coaching/management drug.

"That experience of 20 years in schools is serving me well, to understand them, to be tolerant of them, to encourage them, to nurture them, to accept their failings and to keep forgiving because what they need are chances and they will learn from experiences and learn every day they go out. They will learn from defeats and learn from belts they get and that’s all part of growing as a player for a young person,” explains Kiely.

On his road to Sunday, Kiely has enjoyed coaching and management success - 2013 Munster SHC title and 2015 All Ireland U-21 hurling title the highlights.

His six month journey to June 4, 2017 hasn’t been smooth but the manager is unrelenting.

“Quite often a difficult start can lead to a better journey and more sustainable journey. It’s how we respond to challenges that makes us either successful or crumble and crumbling is not an option,” he stresses, recalling how the road to the 2013 Munster SHC title started with a disastrous 2012 league defeat to Clare and the 2015 U-21 wins started with a 27-point challenge game defeat to Sixmilebridge.

2017 has seen Limerick lose big games to Cork, Wexford and Galway, but this Sunday in Semple Stadium was always the target.

"The management team and players want nothing less than to make the supporters proud of the team and proud of their efforts and deserving of your support,” said John Kiely, who was speaking at a Club Limerick event.