Munster's Simon Zebo: 'It's mad to fathom how Ryan is let leave' 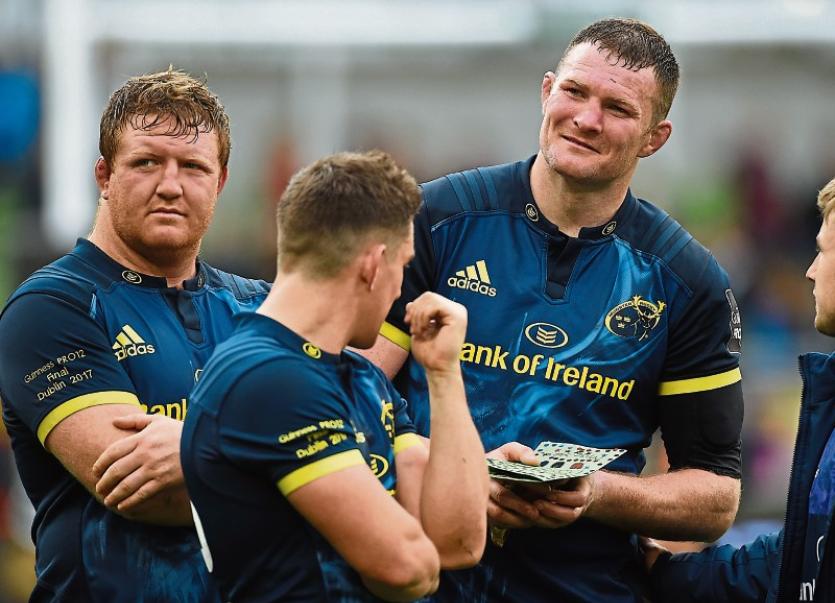 MUNSTER full-back Simon Zebo said he found it difficult to fathom how vastly experienced second-row Donnacha Ryan was 'being let leave' the province for France this summer.

Ryan's central contract with the IRFU was not renewed for next season and the 33-year-old will play his rugby with Racing 92 in the French capital next season.

Munster's offer of a provincial deal for Ryan was well below what Top 14 side Racing could afford.

Zebo says Munster will miss Shannon enforcer Ryan, who has played 167 games for province, a lot next season.

Simo Zebo said: “We will miss Donnacha (Ryan) a lot. He is very experienced, knowledgeable, puts his body on the line every time he goes out and wears a red jersey.

“It is mad for me to even fathom how he is being let leave, but that is just the way it is and we are going to have to try and manage without him.

“He is a great character off the pitch, but on the pitch he's incredible.”

Zebo said while Munster had improved this season, the side still have some way to go to win titles. The side lost 46-22 to Scarlets in the Pro 12 final on Saturday.

Zebo said: “We are not there yet. We don't make any bones about that. We know we are not good enough at the moment, but there have been a lot of strides taken to get to where we are.

”We were pushing for a top six finish last season and we made a semi-final in Europe, were the top seeds in the PRO12 and made the final today when unfortunately we weren't able to come away with the win.

“We are going in the right direction, we just need to kick on and develop our game so that we are good enough to win semis and finals in the years to come.

“Decision-making is a big part of it and ability to execute on the big day. Big game players will develop into our squad now, not there at the moment yet, having it across the board, but I'm sure we will get that in the next year or two.”

Zebo felt the occasion may have gotten to the players.

“I think the occasion got to us a bit and a few young players are going to learn a lot out of this experience. I will learn, Earlsie will learn, Donnacha Ryan will learn, but hopefully it will push us on to be better next year.

“We leaked a lot of tries. They attacked us. I think it was same a couple of years ago when we played Glasgow in the final, they attacked us from the get-go and we didn't. We didn't have the ball to do it. Fair play to them, they did and they won. Deserved winners.”