Rassie Erasmus: 'Scarlets were excellent while Munster were average' 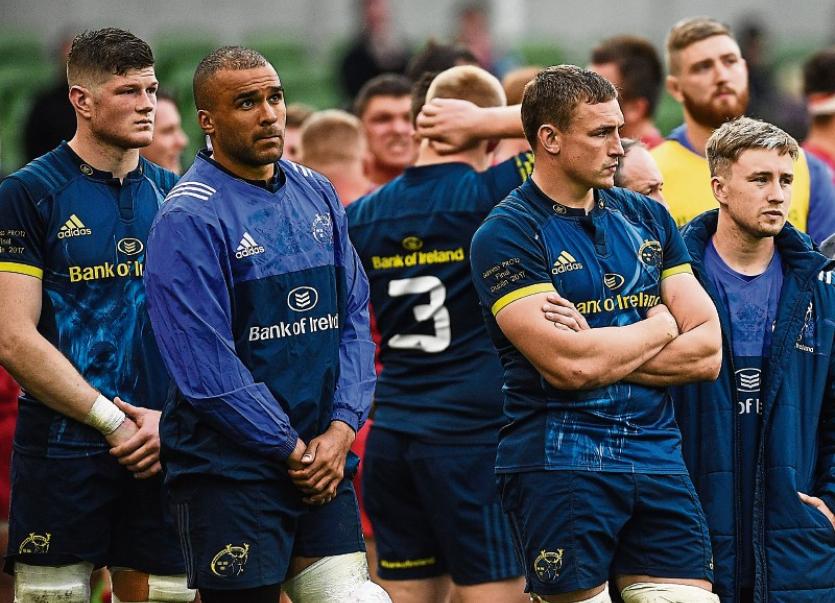 MUNSTER Director of Rugby, Rassie Erasmus said that while new Guinness PRO12 champions Scarlets had produced an ‘excellent performance’ in Saturday’s night’s showpiece final, his charges had turned in an ‘average’ display.

Munster shipped six tries as the Welsh region powered their way to a record 46-22 victory at the Aviva Stadium to claim the PRO12 title for just the second time.

This was Munster’s second defeat in a PRO12 final in just three season as the province’s wait for a title will go on to seven years next season.

Afterwards Director of Rugby Rassie Erasmus said: “We weren't good on the night and they were excellent on the night in various aspects of the game, from turnovers.

“The chances they had, every single time they finished them, they put a lot of pressure on us at breakdown.

“I think if you look at those tries we conceded in the opening half there were unbelievable tries with a lot of speed and skill. We turned over the ball for them to get the ball and score those tries, but they finished them clinically and sharply.

“If you are a little bit off your game they will punish you like they did. No excuses.

“I can tell you if we can do the week over, I would probably do it the same. It wasn't something over-emotional. It was a really normal, focused week, with a lot of analysis which we obviously got wrong in a lot of stuff.

“The Scarlets executed really well on the day. Maybe this is just where we are. This team has gone through a lot this year in various stages and aspects on and off the field.

“Tonight was on step too far. We have grown in Europe to the semi-final and grown in the PRO12 to the final. Scarlets were - end of story - just better than us and rightly so it is 40 points.”