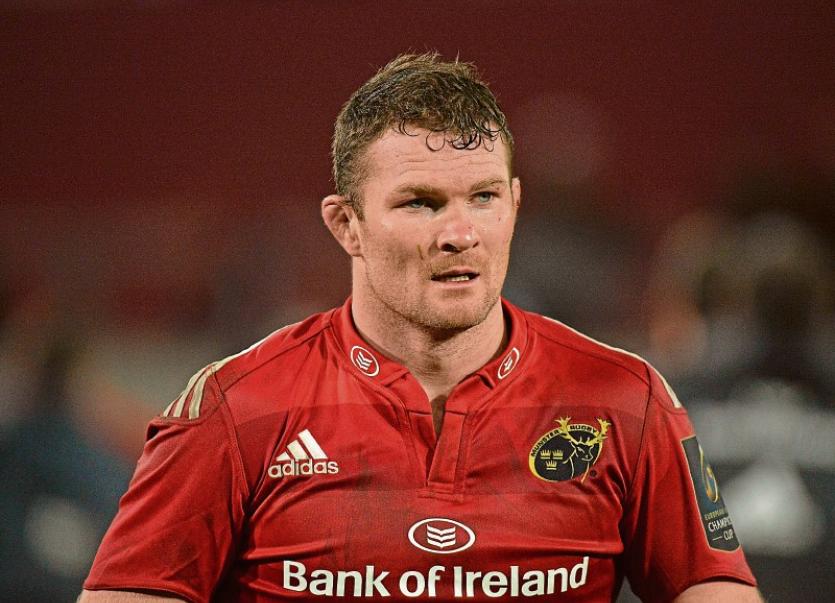 SECOND-ROW Donnacha Ryan and centre Francis Saili have been named in Munster’s starting line-up to face the Ospreys in Saturday’s Guinness Pro12 semi-final in their final appearances for the province at Thomond Park.

Director of Rugby Rassie Erasmus makes no less than 12 changes from the side that defeated Connacht the semi-final showdown which has a 6.15pm kick-off. The game is live on TG4 and Sky Sports.

While Ryan and Saili return to the starting line-up, Billy Holland, Keith Earls and Andrew Conway are the only players retained in the team from the facile Round 22 win over Connacht.

Joining Holland and Ryan in the tight-five are front rowers Dave Kilcoyne, Niall Scannell and John Ryan, while in the back row Peter O’Mahony returns as captain with Tommy O’Donnell and CJ Stander completing the pack.

Conor Murray and Tyler Bleyendaal resume their half-back partnership, the former making his first start since returning from a shoulder injury.

Murray also draws ever closer to the century landmark for Munster and will make his 99th appearance this weekend.

Saili and Rory Scannell return to the midfield and the final change sees Simon Zebo re-join the back-three at fullback with Conway reverting to the wing and Earls remaining in situ on the opposite flank.

Having just signed new two-year deals with the province, both Ian Keatley and Jaco Taute are named among the replacements.