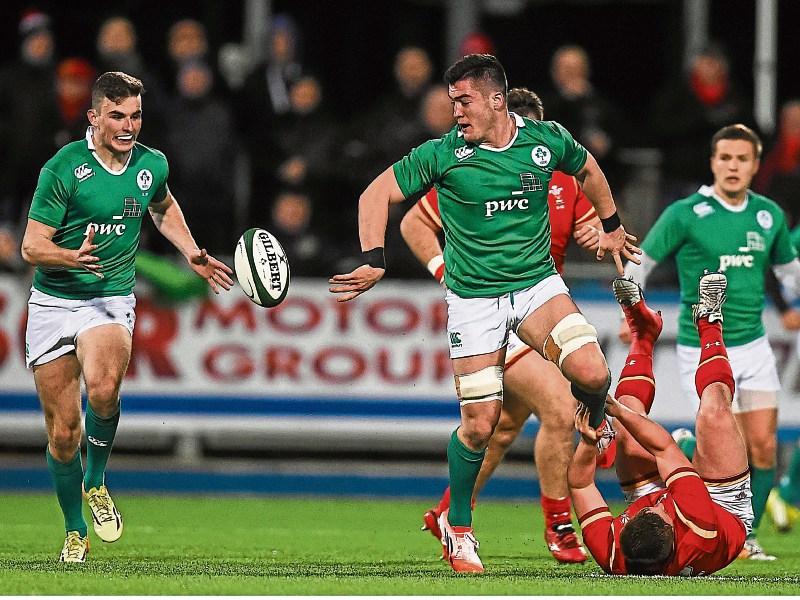 FORMER Ireland U-20 back-row forward Kelvin Brown is set to return to Shannon RFC this summer having spent this season playing with French ProD2 side Aurillac.

Brown, a former member of the Munster Sub-Academy, turned down an offer of a new three-year deal with Aurillac in order to return to home to complete his studies at Limerick IT.

However, the exciting 20-year-old insists he still harbours ambitions of resuming his career as a professional rugby player.

Brown said: “I had an offer of a new three-year contract from Aurillac as well as ones from the Championship in England.

“However, I have decided to head back and finish off my college degree, which I only have two years left in. I was doing a degree is Business Marketing in LIT.

“I still have a lot of development to do, both physically and on the rugby field, so am relishing the opportunity to do it with Shannon in the AIL next year and hope to be in a better position in two years time to play professional rugby.

“I'm looking forward to going up against other players in the Ulster Bank League that are on contracts with the provinces, and proving myself.

“Being a professional rugby player in the years ahead is still the dream.

“I want to focus on playing well with Shannon next season and hope to kick on from there.”

Brown admitted his move to Aurillac, coached by former Ireland international Jeremy Davidson, was a culture shock, but it was a challenge he relished.

Dynamic ball carrier Brown, who was a member of the Munster Sub-Academy last season, was not offered a place in the Munster Academy this term despite impressing at the Junior World Championship last summer when Ireland reached the final, beating New Zealand on route.

Brown said of his decision to move to France: “I was really going into the unknown, I didn’t know anyone there and didn’t know what to expect.

“The way of life in a small town, situated up the mountains hidden away in central France was a major culture shock, but nevertheless it was something I relished and was exciting about from the off.

“Professional rugby in France from my experience is miles off back home. There is very little focus on strength and conditioning and injury prevention over here which is a major flaw.

“However, playing professional rugby was always a dream of mine, and being able to do that in one of the toughest and most physical competitions around today was an unforgettable experience.

“The season finished last week for us, so I'm looking forward to getting back home to Limerick for the holidays.

“We won our last game at home to Dax and finished 8th in the table this season, just missing a place in the play-offs which was disappointing.”

Asked if he would encourage more aspiring young rugby players to move abroad in a bid to further their careers, Brown said: “Rugby is played all over the world which is the great thing.

“I didn’t have any safety net in France in terms of friends or family to fall back on so I threw myself fully into the life of a professional player.

“It's like living in a bubble in terms of how much is done for you on and off the pitch.”