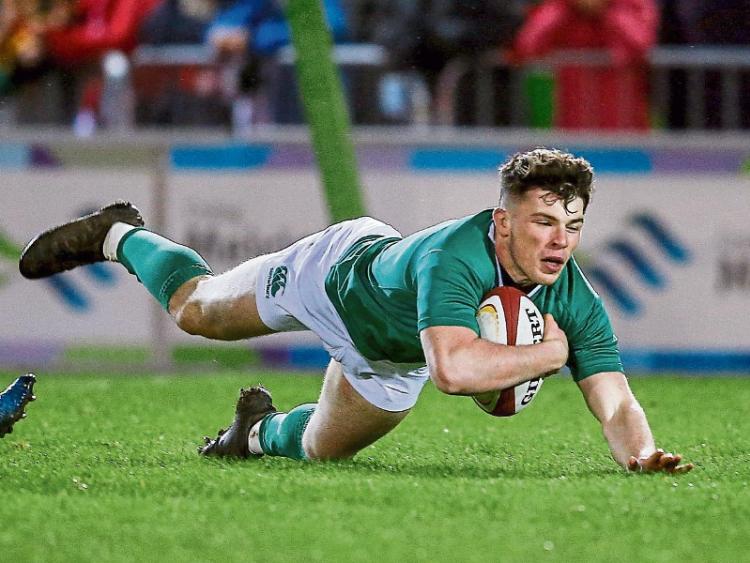 NINE Munster players have been named in Ireland’s squad for the upcoming World Rugby U-20 Championships in Georgia.

Head coach Peter Malone has included four players from Young Munster in his squad, Calvin Nash, Alan Tynan, Fineen Wycherley and Gavin Coombes, while the Shannon duo of John Foley and Jack Stafford have also been included in the squad.

Garryowen’s Bill Johnston was ruled out of the Ireland U-20 squad due to injury.

The tournament takes place from May 31 to June 18, with Ireland playing their Pool games in Kutaisi, before moving to Tbilisi for the knock-out stages.

Ireland share Pool B with Italy, New Zealand and Scotland.

Ireland U-20 head coach, Limerick man Peter Malone, said: "It's an exciting time for these players, as they will all be experiencing a World Championship for the first time. It's a great opportunity for them, to go out and pit themselves against their peers from around the world.

“We're in a really strong pool with Italy and Scotland who made us work really hard for wins during the Six Nations, and then New Zealand who will have a number of players back from last year's tournament so they will be a huge test for us.”

Ireland will open their campaign against Six Nations rivals Italy on Wednesday, May 31 in the Kutaisi Stadium. They will then meet Scotland on Sunday, June 4 and their final Pool B game takes place against New Zealand, who Ireland defeated for the first time during last year's Championship, on Thursday, June 8.