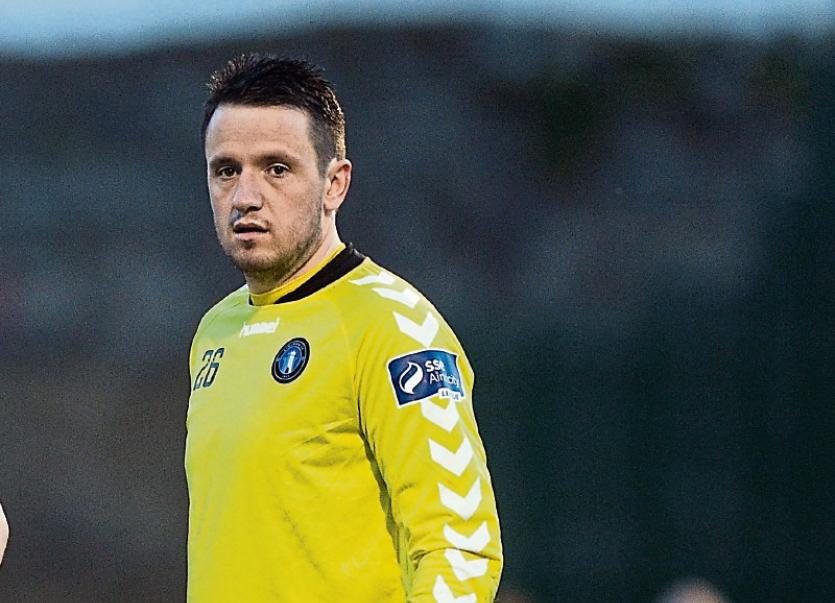 LIMERICK FC’S home form is a matter of concern for goalkeeper Brendan Clarke ahead of the arrival of SSE Airtricity League champions Dundalk to the Markets Field on Friday.

The Super Blues have won just two of their seven home games this season – one of which was the 5-1 opening day win over Sligo in February.

“We have to try and win more home games,” said Clarke, who joined Limerick from St Pats in December.

Clarke insists that patience can stand to Limerick.

”It’s important that everyone together as a group; players, staff and fans realise that if you are not winning after half an hour, or 70-minutes, not to jump to conclusions that we are not going to win the game – we have shown up in Tallaght and here (Derry City game) that the games go to 90-93/94 minutes and it doesn’t matter when you score the winner,” he said.

Limerick have four 1-1 draws and a defeat in their last five league games, but Clarke remains confident.

”This is probably one of the best squads that I have been involved in – I am five months into my stay here. We have a lot of spirit and we need to realise that at home and start taking games to teams and really push-on and win games,” he said.