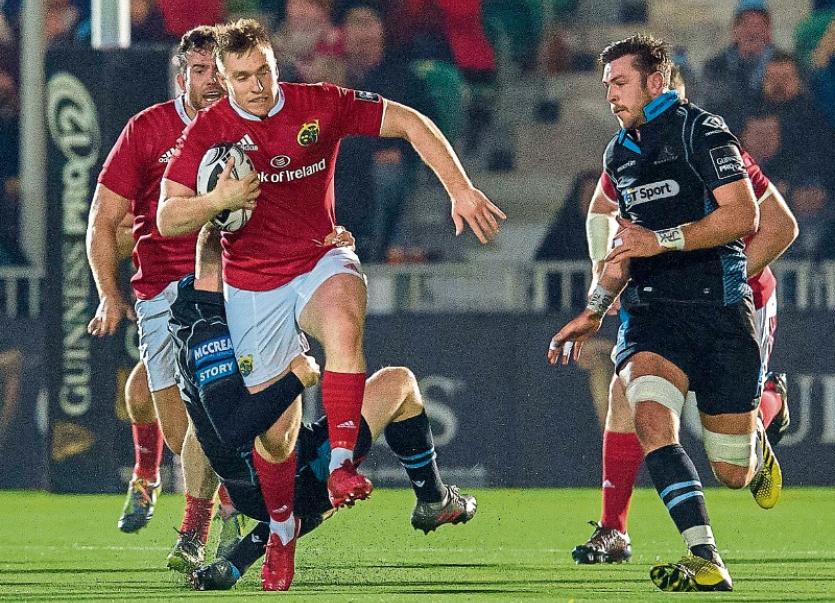 THE uncapped Rory Scannell is one of nine Munster players named in a 31-man travelling party for the three Test summer tour of the USA and Japan.

Former Ireland U20 and Emerging Ireland player Scannell has been a key figure in Munster’s resurgent Champions Cup and PRO12 campaigns of late and was included in this season’s PRO12 Dream Team alongside fellow tourist Dave Kilcoyne.

Joining Scannell on the Tour will be his older brother Niall, who, along with Andrew Conway, Jack O’Donoghue and John Ryan, made their Irish debuts this season.

Meanwhile, former Munster stalwart and current Racing 92 Assistant Coach Ronan O’Gara will accompany the team for the New Jersey leg of the tour with Munster Technical Coach Felix Jones working with the side for the final week of the tour in Tokyo.

Ireland's first game of the Summer Tour takes place against the US Eagles at the Red Bull Arena in New Jersey on Saturday June 10.  The squad then flies to Japan for two Tests against the RWC19 hosts who have been drawn in Pool A alongside Ireland at the World Cup.