Rassie Erasmus: 'Munster have way to go to get to Saracens level' 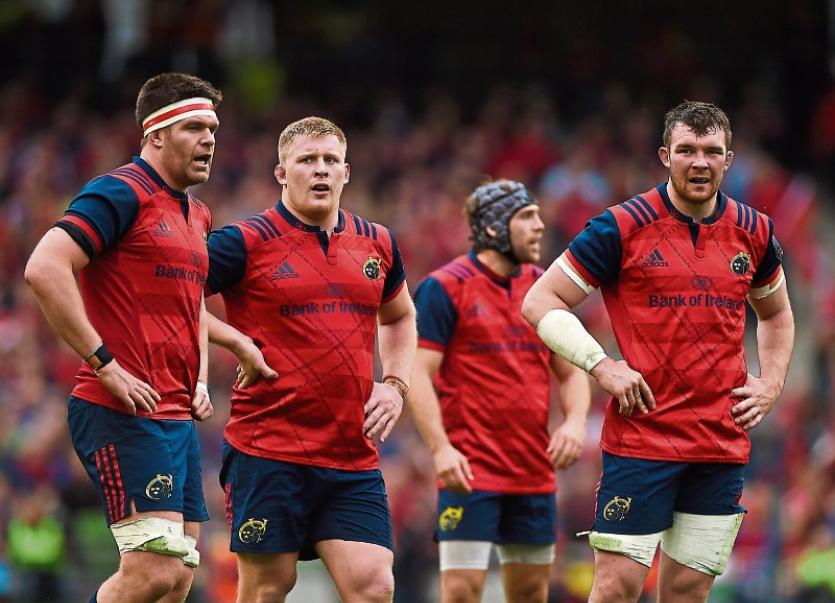 MUNSTER Director of Rugby, Rassie Erasmus said that while the province might have reached the last four stage in Europe they had some way to go to reach the level of kingpins Saracens.

Munster fell to their fifth successive Champions Cup semi-final defeat in a 26-10 reverse at the hands of reigning European Champions Cup and Aviva Premiership champions Saracens at the Aviva Stadium on Saturday.

Afterwards Erasmus, who confirmed he would be staying on as Munster to see out the remaining two seasons of his term as Director of Rugby said: "Saracens squeezed the life out of us and the reality is we are 15 or 20 points below their standard. They are a complete outfit.

"I don't think we were great, we tried really hard, but the pressure got to us. At 6-3 we were still in it and then we had a few opportunities and if we had scored then we might have got some hope and belief."

Munster enjoyed almost 75% of the territory in the first half, and more than 60% possession, thanks to a 10 minute stint in the sin-bin for Saracens back row man Jackson Wray, but they still went into the break 6-3 down.

"If we had got some points from all our territory and possession in the first half we wouldn't have had to change anything, but in the second half we had to chase the game a little bit. We couldn't get our maul drive going and then Owen Farrell kicked three and then six points and they scored that wonderful try,

"At least we know that having reached the last four there are 16 teams below us in Europe. We have got a way to go until we are at the level of Saracens, but hopeful in a year's time we will be closer."