Rassie Erasmus confirms he is remaining at Munster 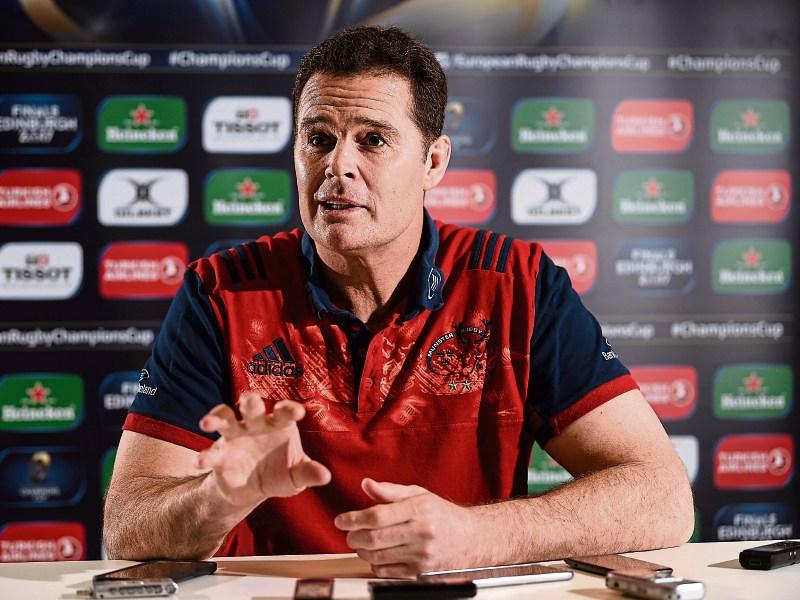 ON an otherwise disappointing day for Munster. Rassie Erasmus’ confirmation that he will remain on at Munster as the province’s Director of Rugby for the remaining two years of his three-year contract.

Erasmus confirmed the news in the wake of Munster’s comprehensive 26-10 defeat to Saracens in their Champions Cup semi-final which was played out before a sell-out crowd at the Aviva Stadium on Saturday.

Speculation in the South African media in recent months suggested former Springboks flanker Erasmus who left his post as high performance general manager with the South African Rugby Unior last summer to join Munster, was set to be re-appointed to the role.

However. Erasmus confirmed to a packed post match press conference at the Aviva Stadium on Saturday evening that he is staying put at Munster for the next two seasons.

Conformation that Erasmus is remaining on at Munster will come as a big relief to players and supporters alike.

Munster hooker, Niall Scannell said: “There's been a lot speculation, but he (Rassie Erasmus) clarified to us a few weeks ago and I'll be honest with you, at the time it was reassuring to hear because himself, Jacques (Nienaber), Felix (Jones) and Fla (Jerry Flannery), they're a top quality coaching ticket and they've done so much for us.

“Obviously Axel (Anthony Foley, Munster's late head coach) had a big hand in that, but if you just look at the turnaround we've had in nine, 10 months. I can't speak highly enough for what a good coach Rassie is.

“He comes into the changing room afterwards saying: look, they're further along their curve and they were the better team today. You trust him and you believe that we will evolve and we will get there and that's hugely reassuring that he's staying around.”