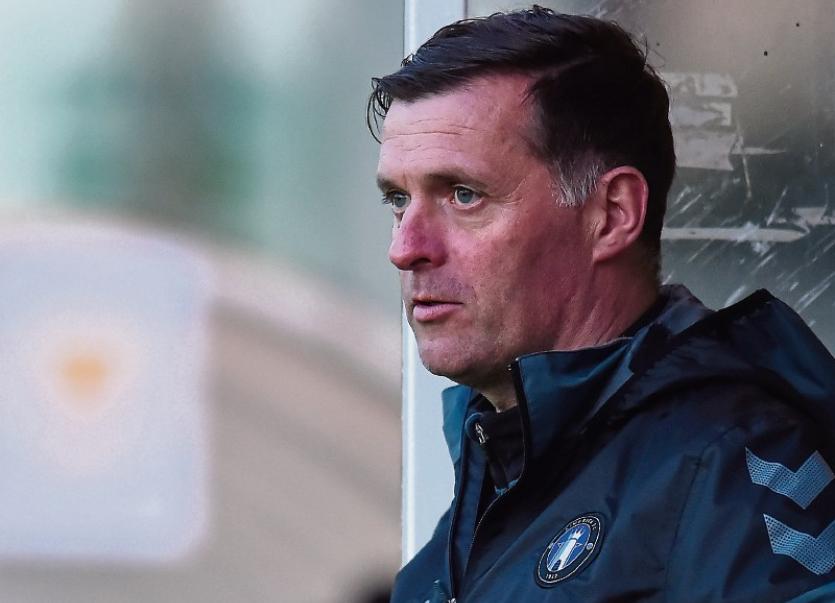 FOURTH-PLACED Limerick FC will look to make it a hat-trick of Premier Division wins under interim manager Willie John Boland when locking horns with basement side Galway Utd at the Markets Field on this Friday night, 7.45pm.

Limerick jumped up to fourth place in the Premier Division table when scoring a convincing 3-0 win over Drogheda United at the Markets Field on Saturday last.

Limerick will be playing their third fixture in just six days when the Premier Division's bottom placed side Galway visit the Garryowen venue on Friday.

Turning to this Friday night's clash with bottom placed Galway Utd, Boland said: "It's early doors, we're fourth in the table. We've a game in hand.

“We've two wins. We've Galway next. If you look at the table, it looks winnable. We've got some really tough away games coming up, but we'll take it game by game."

"The win over Drogheda was made easy by the fact the lads started brilliantly. Scoring two goals that early on - we can relax, we don't have to break them down, and can play our football. I thought the performance was excellent. We created a lot of chances and we didn't give much away."

Asked what he has been working on with his players since taking over from the departed Martin Russell in recent weeks, ex-Cardiff City midfielder Boland said: "It's decision-making. We still try and play.

“But if we're getting pressed high up the park, there's a player there that's good at holding the ball up and in the air. That's where the space is. If it's there, we'll play out from the back. If not - we play off (Tosi) and Lee-J (Lynch) works very well off him on occasions.”

Galway have picked up just four points from their opening eight fixtures.