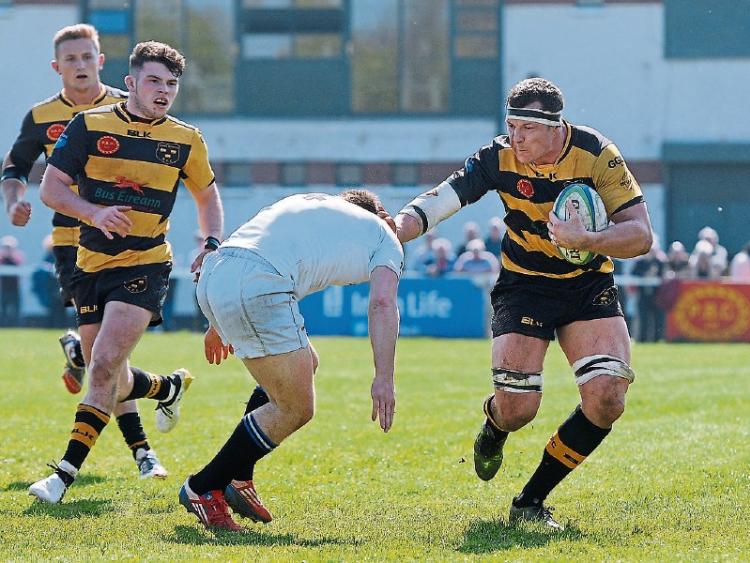 YOUNG Munster insist that the scheduling of their Ulster Bank League Division 1 semi-final with Clontarf in Dublin for this Sunday shows 'total disregard for the league and the club game in general.'

Munsters' face a trip to Castle Avenue on Sunday for the semi-final fixture, just two days after the Munster 'A' squad lock horns with Jersey Reds in the British and Irish Cup final in Cork.

Munsters' estimate that they expect to have between six and nine players, who will be involved in Friday night's Munster A game, unavailable to them for Sunday's AIL semi-final with 'Tarf.

Another Limerick club, Garryowen, who face a crucial Ulster Bank League Division 1A relegation semi-final against Old Wesley on Sunday in Dooradoyle, are also set to be without a number of AIL regulars due to the clash with the Munster A fixture on Friday night.

Brendan Collopy, in a statement, said: “We have made numerous representations to the AIL committee for the past 10 days since we qualified for the knockout stages to change the weekend for the semi finals, but have been very disappointed with the response from them which I will highlight below.

“A representation was also made from the Munster Branch supporting the request to have the weekend changed, but this has also been ignored.

“The main grounds we requested to have the weekend changed were the following,

“Between 6-9 players (also involved in the Munster A squad) from our squad are being denied the opportunity to participate in the semi-finals of the league through no fault of their own and they are extremely disappointed by this.

“We have also been informed by Munster that under the IRFU player welfare policy no player will be allowed 'double up' on Friday night (Munster A) and Sunday (Ulster Bank League).

“As a result we are having to field a totally weakened team in the semi finals of the league which in our opinion and others shows a total disregard for the league and the club game in general.

“It also shows a total disregard to the sponsors Ulster Bank who would get a much higher coverage if it wasn't clashing with so many other main rugby events on a different weekend.”

Garryowen FC Honorary Secretary, Geraldine Morrissey said: "Garryowen FC feels that the structure of the UBL has led to this cluster at the end of the season.

“Having played no rugby practically for the month of January fixtures are now stacked and this should have been foreseen by the planners.

“Garryowen FC will be affected by the (British and Irish Cup and Champions Cup) fixtures next weekend and we feel it very unfair on players and clubs to be forced to play these fixtures.”

In a statement, the IRFU responded to the criticism: “The IRFU season plan, which was circulated to clubs in August 2016, is designed to minimise clashes between competitions and to allow clubs and players to plan other commitments, such as exams and holidays.

“The IRFU received correspondence from one Munster club in relation to the schedule of matches for the coming weekend, and we tried to facilitate an alternative time for the fixture to be completed.

“However, proposed schedule changes must be agreed by the opposition club and due to pre-existing player commitments and arrangements at that club, based on the advised season plan, the club were unable to facilitate the request for a change to the schedule.”

In all, four Limerick sides are due to be involved in Ulster Bank League play-off games this Sunday.

As well as Young Munster and Garryowen, UL-Bohs, who finished third in Division 1B, face a trip to Naas - who finished second in 1B - in their semi-final play-off on Sunday.

Should Garryowen and UL-Bohs win their respective semi-final play-offs , the Limerick rivals would meet in the play-off final with the winner playing in Division 1A next season. Old Crescent also travel to face Sunday's Well in Cork in a Division 2A promotion play-off on Sunday.