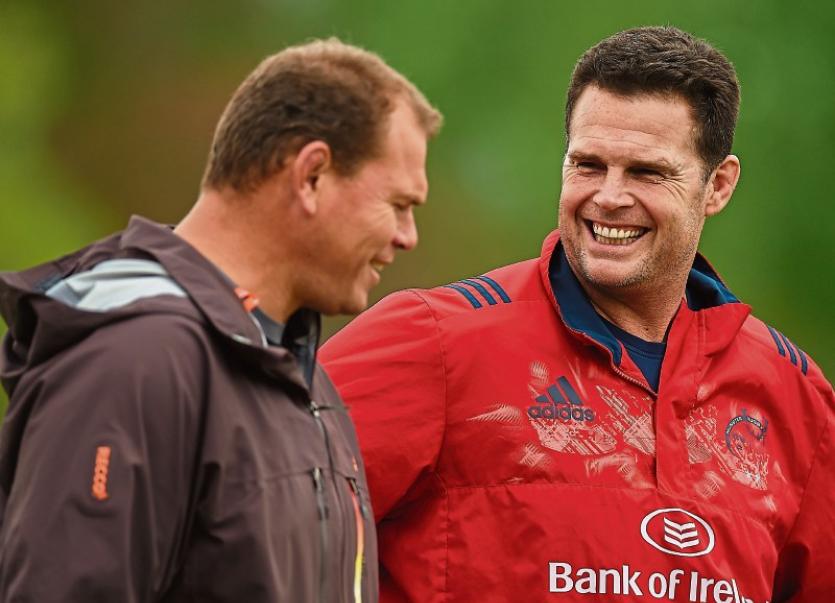 MUNSTER Director of Rugby Rassie Erasmus believes the province is facing the biggest test of his short tenure in Saturday’s glamour Champions Cup semi-final clash with Saracens at the Aviva Stadium, 3.15pm

Saracens are current Champions Cup and Aviva Premiership kingpins and are odd-on 4/6 favourites with the bookies to consign Munster to their fifth successive European Cup semi-final defeat this weekend.

Erasmus is under no illusion of the size of the task facing the two-time European champions.

Erasmus said: “They are one of the most complete teams, I'm talking Southern Hemisphere with Super Rugby, the Crusaders, those kinds of teams, the Brumbies at their best.

“They are right up there and I think the way they've contracted and balanced their squad with foreign players and building momentum, squad size, that's the team everybody aspires to be like at this stage.

“Our big challenge would be to say ‘hey, this is a nice experience and a privilege for us to go and perform. If it’s for or against us, we’re not sure how far we’ve grown this year but it shouldn’t be daunting. It should be really nice to go and see how we could do.”

Munster continue to fret on the availability of scrum-half Conor Murray for the game. The Limerick man has been struggling with a shoulder injury since Ireland’s 6 Nations clash with Wales on March 10.

Meanwhile, Erasmus is more hopeful about the prospects of both CJ Stander and Rory Scannell being available to face Sarries this Saturday.