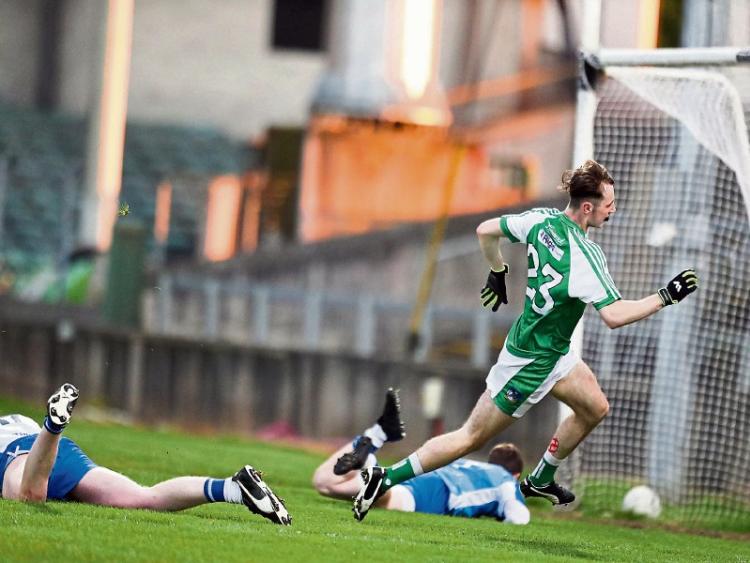 A LATE Calvin Moran goal helped the Limerick minor footballers’ secure a deserved 1-10 to 0-9 victory over Waterford in their Munster minor football championship first round clash at the Gaelic Grounds this Wednesday night.

The win sees Limerick advance to the semi-finals of the championship.

A Sean Whelan-Barrett free opened the scoring for Waterford, as Limerick struggled to get out of the blocks, kicking three early wides.

They eventually got off the mark when Karl Moloney kicked a 13th minute point to level the game.

This was the first of four consecutive points for the home side as they found their feet and took control of the game.

Sean Ryan, Noel Callanan and Niall McAuliffe all chipped in with points as John Ryan’s men led 0-7 to 0-2 at the half time break.

The sides shared the first four points of the second haf before two quick Deise points from Darragh O’Keeffe and Tom Barron reduced Limerick’s lead to 0-9 to 0-6 with a quarter of the game to play.

Rory O’Brien put Limerick four ahead before being pegged back from a Tom Barron free.

Waterford rallied to reduce the gap to one before Calvin Moran’s goal on the stroke of full time sealed the win.