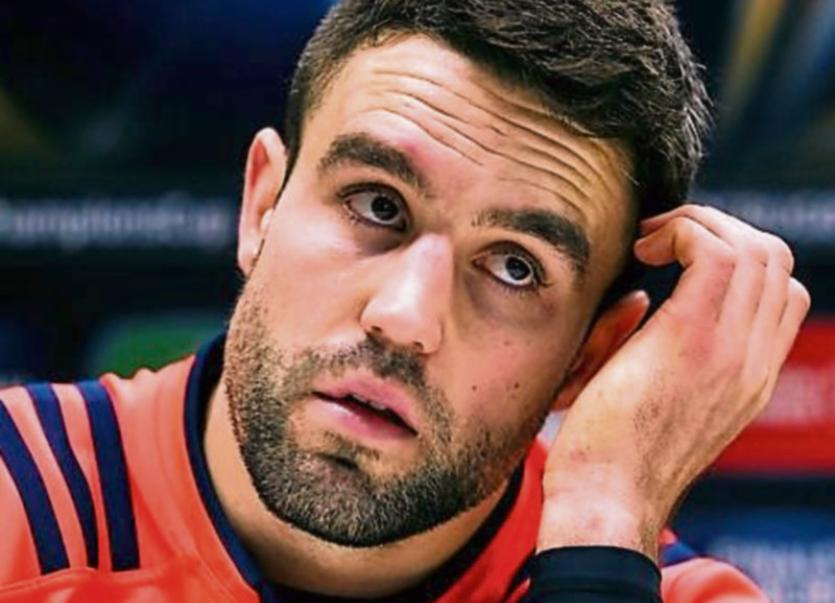 Conor Murray: In a race against time to make a return

MUNSTER continue to fret on the fitness of Irish stars Conor Murray and CJ Stander ahead of Saturday week's glamour Champions Cup semi-final clash with Saracens at the Aviva Stadium.

Both Murray, who has been troubled with a shoulder injury and Stander, who also missed the weekend win over Glasgow with an ankle injury, are in a race against time to be fit for Munster's Guinness Pro12 clash with Ulster at Thomond Park on Easter Saturday, 3pm.

Munster Director of Rugby Rassie Erasmus is hoping both out-half Tyler Bleyendaal and lock Donnacha Ryan who suffered concussions in Saturday night's gritty win over Glasgow will be passed fit for the visit of Ulster to Limerick this weekend.

A win for Munster over Ulster this weekend would guarantee a semi-final place in the Pro12, while a victory would also significantly boost Munster's hopes of securing home advantage in the play-offs.

Providing an update on the injured Murray and Stander at Munster's weekly press briefing at UL on Monday, Director of Rugby Rassie Erasmsus said: “CJ (Stander) and Conor (Murray) are world-class players and it would be great to have them available.

“My gut feeling is that CJ has a better chance than Conor because of the speed of recovery of the two at this stage. They have a good chance, but not this week, although they are not ruled out entirely.

“I am hopeful that for the semi-final next week, both will be ready. It’s a tough call.

“It’s one of those things where you say they are almost ready and on Monday you play safe only on Tuesday and Wednesday they can look better.

“CJ has had a scan on his ankle, it’s not the same foot he injured before. I don’t think CJ is too bad. I’m really positive about Conor, you think about he almost came back in the Irish game itself and then it was the next week and the next week and the next week. It’s one of those injuries that takes time. We would have liked to have him back for the quarter-final (v Toulouse) but unfortunately he didn’t and if I was asked if he would play on Saturday, I would have to say 'no, but that might change on Tuesday and Wednesday. It has really turned into a waiting game.”

Erasmus said it is exciting that Munster are still campaigning for honours on two fronts in April.