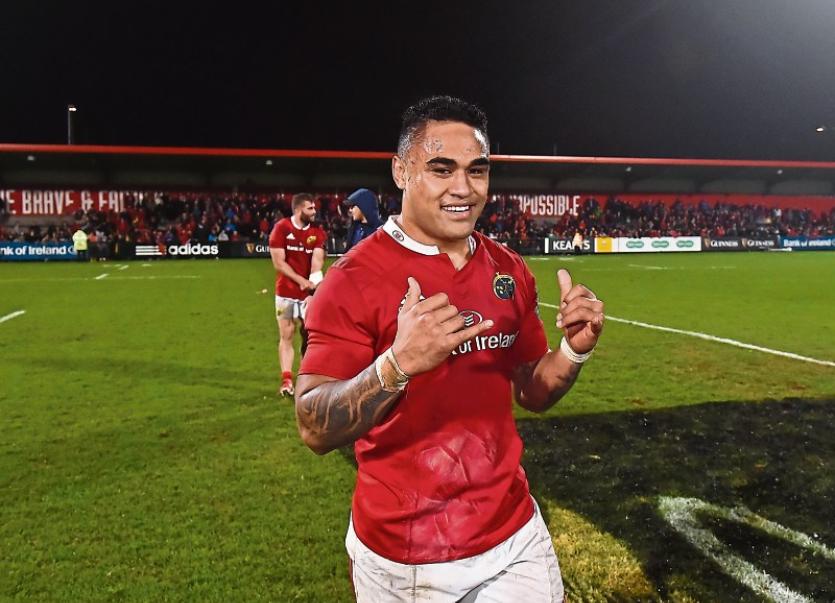 MUNSTER cemented their grip on second place in the Guinness Pro12 table after securing a hard-earned 10-7 victory over Glasgow Warriors at a sold-out Musgrave Park on Saturday night.

Second-placed Munster are now seven points clear of third-placed Ospreys in the battle to secure a home semi-final in the play-off series.

Munster got off to the perfect start when prop James Cronin muscled his way over from a couple of yards out in the fourth minute as the Munster pack battered the Glasgow defence.

Tyler Bleyendaal, who was forced off the field after taking a knock soon after, added the conversion in front of a capacity crowd of 8,008.

The home side had a try from leading try-scorer Ronan O’Mahony chalked off a few minutes earlier as match referee Nigel Owens judged the winger did not have control of the ball when grounding it.

However, Munster’s tenacious defence held firm in the closing minutes as Glasgoe chased the try and win they needed to boost their faltering play-off hopes.