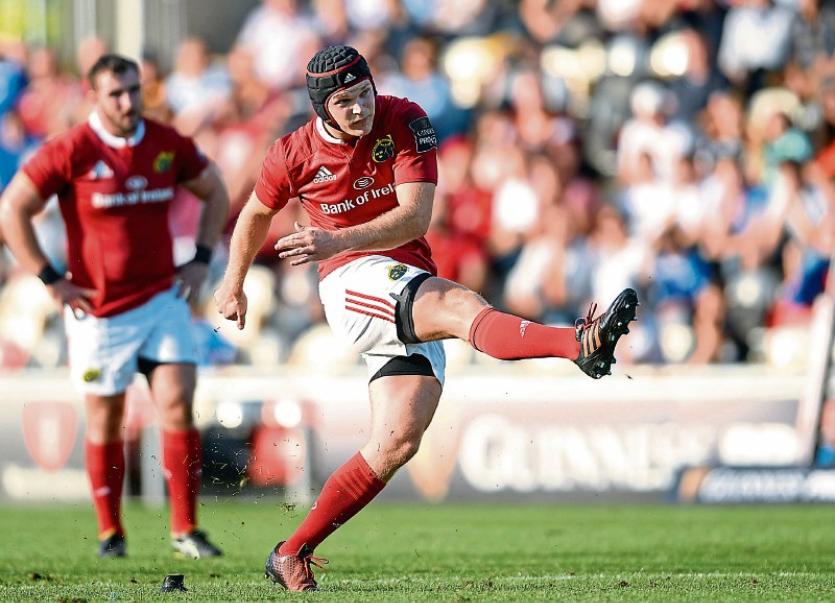 New Zealander Bleyendaal boasts an 88% success rate with the kicking tee after 18 Rounds of the Guinness Pro12, landing 51 of the 58 kicking this season.

The Munster out-half is closely followed in the ranking by the Ospreys Sam Davies on 87%, while Leinster’s Isa Nacewa has an 85% success rate after

Bleyendaal’s  second-placed Munster face Glasgow Warriors in must-win fixture for both teams in the Guinness Pro12 at Musgrave Park on Saturday night, 7.35pm, live on TG4.

The Rhino Golden Boot prize, which will be presented at the Guinness PRO12 Awards in May, recognises the most accurate kicker in the Guinness PRO12 Championship and previous winners include Munster’s returning star JJ Hanrahan, Gareth Anscombe (Cardiff Blues), Ian Madigan and Jonathan Sexton (both Leinster Rugby).

To qualify for the Rhino Golden Boot players must attempt a minimum of 30 place kicks at goal and the player with the highest kick percentage will be crowned as the winner after Round 22.