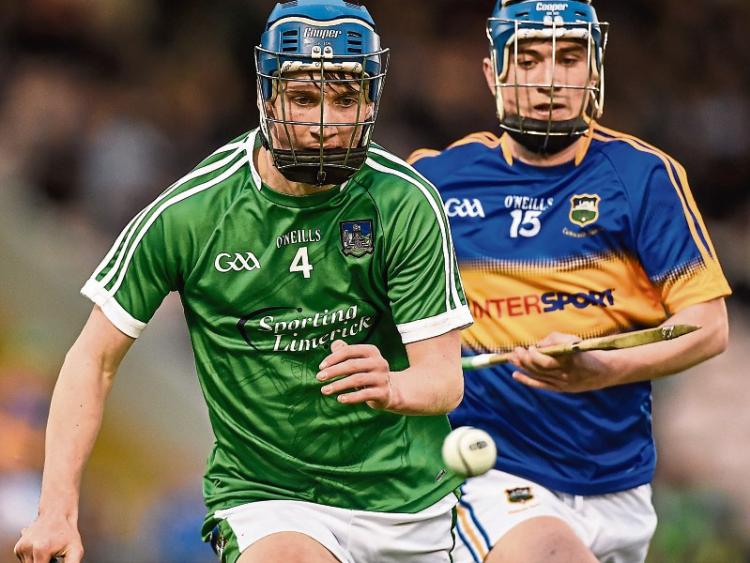 LIMERICK tasted a last gasp 4-15 to 2-18 defeat in their Electric Ireland Munster minor hurling championship opener at the hands of All-Ireland champions, Tipperary in Semple Stadium, Thurles this Wednesday night

A dramatic injury time goal from Niall Hoctor which sealed the win for the champions in this entertaining quarter-final clash.

All  is not lost for Limerick however, as the Shannonsiders will face the loser of the Cork v Waterford clash in a play-off game next month, with the winner progressing to the Munster semi-final.

Played in front of 2,567, Tipperary led Limerick 2-10 to 1-8 at the break after finishing the first half strongly.

Conor McCarthy got their opening goal to put the home side 1-2 to 0-2 ahead after six minutes.

Tipp led by as much as six points mid-way through the period, but Limerick levelled the game when the got their opening goal.

A super run by Ronan Connolly pierced through the Tipp defence before the Adare man squared it to Dylan O’Shea who batted the ball home.

However, the Premier side scored 1-2 before the end of the half, with Andrew Ormond getting their goal after being played through to Jake Morris.

Tipp had a third goal within 20 seconds of the re-start, with substitute Willie Barry provided the finish.

However, within two minutes of conceding, Limerick had the ball in the net when Dylan O’Shea rose his second green flag.

Scores from Paul O’Brien and David Woulfe got Limerick level with time running out.

Then, O’Brien held his nerve put Limerick in front before Jake Morris levelled the game deep into injury time.

However, Tipp secured the win when sub Hoctor got their fourth goal in the final minute.