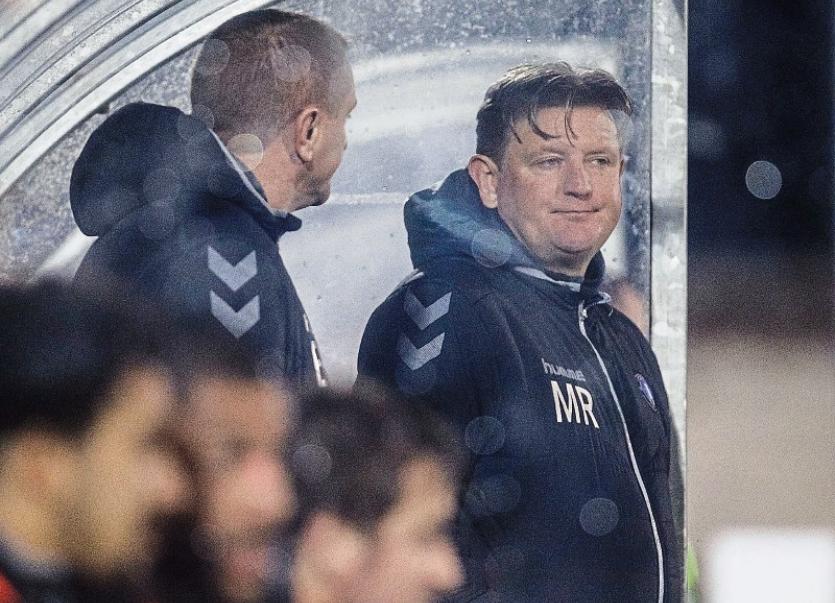 LIMERICK FC and manager Martin Russell have parted company ‘by mutual consent’ in a shock announcement made this Monday.

Russell has been manager at Limerick FC since 2014. The Blues currently sit in eighth place in the SSE Airtricity League Premier Division table just six games into their top flight return.

Limerick FC suffered a 3-0 defeat to Premier Division leaders Cork City before a 3,000-strong attendance at the Markets Field on Friday night.

Limerick face a trip to Dublin this Friday night to take on St Patrick’s Athletic at Richmond Park, 7.45pm

In a statement issued this Monday afternoon, Limerick FC Club Chairman Pat O’Sullivan said: “The board and Martin had a meeting this (Monday) morning.

“Following a discussion we mutually agreed to go our separate ways. The board and Martin subsequently met the players to inform them of Martin’s departure.

“All at Limerick FC wish to thank Martin for his tremendous contribution to the club’s development since joining in 2014, and we would like to express our sincere gratitude for his hard work and commitment throughout that time.

“His role in winning the First Division last year in such spectacular fashion, as well as reaching the final of the EA Sports Cup, will not be forgotten and secures his place in our club’s history. He will always be warmly welcomed back to the Markets Field.”

In a statement, Russell said: “Following a meeting this morning the Club and I have mutually and amicably decided to part-company. I would like to place on record my sincere thanks to Pat O’Sullivan for the opportunity to have managed Limerick Football Club.

“I would also like to wish everyone at the club, players and staff, the very best for the future in driving the club forward to achieve their goals.”

Limerick FC have indicated that there will be no further comment on the matter until a new appointment is made.