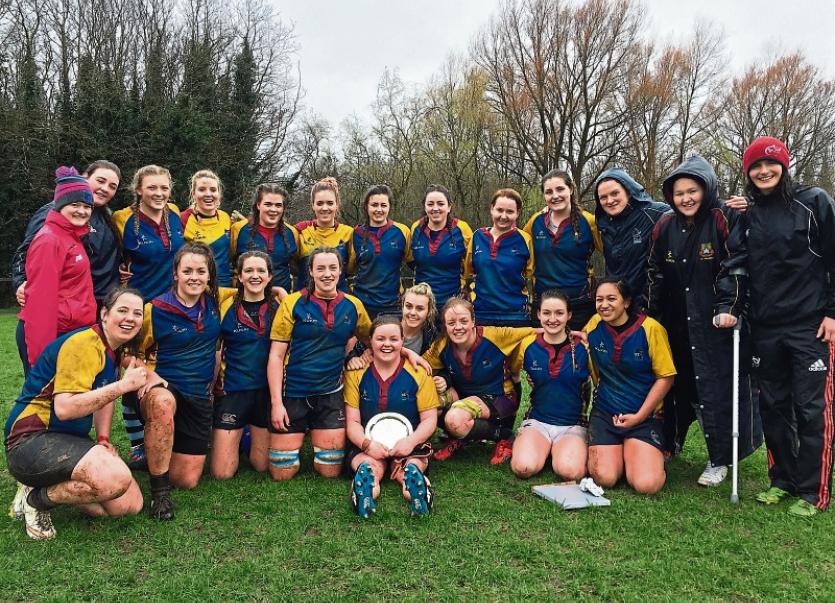 In the Division 1 women's final UL will take on NUIG. NUIG go into this fixture on the back of varsity success and are gunning to win their second title in a row. UL, a club steeped in league success, are aiming regain the League Cup for the 13th time in 17 years. UL beat NUIG in the early stage of the league 28-5, but NUIG inflicted revenge on the Shannonsiders in the Varsity semi final 10-0 at the start of March.

In the Semi Finals, UL played a strong UCC team who made UL work hard to the end for the victory it ended 19-10 with stand out performances from UL's Syphonia Pua, Ciara Mc Loughlin and Rosie Newton. Siobhan Mc Carthy and  Hannah O' Sullivan were outstanding for UCC,

Meanwhile in the Division 2 Women's final, Athlone will take on UL2. Athlone are the team to beat with an impressive semi final victory over IT Sligo.

The UL junior team took on DCU 2 in a 10 a side fixture, with the Limerick side storming into the lead with tries from Ciara O'Halloran (2), Grainne Lohan and Sinead Hogg (2), a yellow card to O'Halloran early in the second half gave some respite to DCU who came back strong and finished the game well scoring 4 tries. It ended 29-20 in favour of UL.

Both finals are set to be entertaining games showcasing the best of college womens rugby. The Division 1 game will be streamed live on eir Sports Facebook and Twitter accounts.

UL 2 head coach, Valerie Power said: " It has been a great year for rugby in UL, we have seen record numbers of new players join the club and the success so far is testament to all of those players for the hard work and effort they have put in throughout the year."