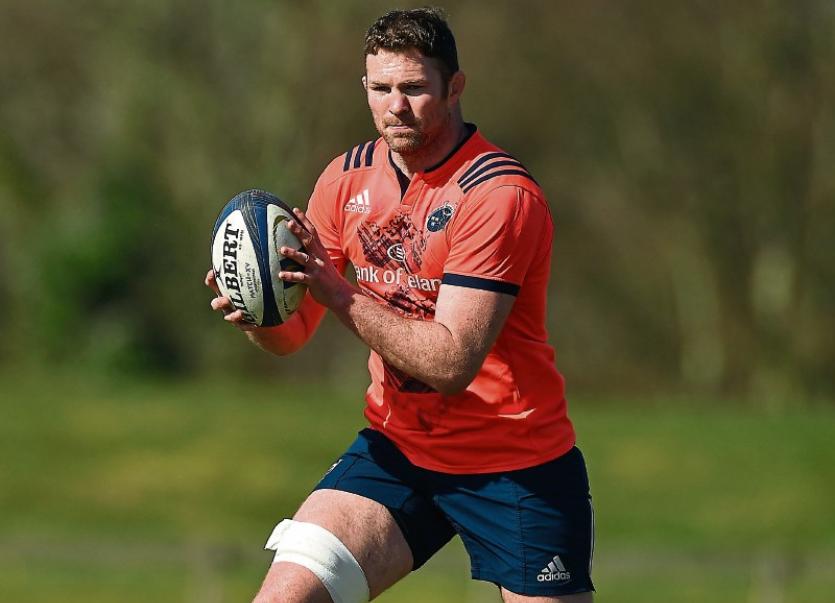 MUNSTER Director of Rugby Rassie Erasmus said he believes departing second-row Donnacha Ryan is good enough to have been awarded a national contract.

Erasmus confirmed that 33-year-old Ryan, who has played for Munster for 13 seasons, is leaving the province at the end of the season. Weekend reports indicate Ryan has signed a two-year deal with French Top 14 side Racing 92.

Ryan was not awarded a central contract for next season and Munster have been unable to match the offer made by the French giants.

Erasmus said: “We're sad to lose Donnacha, we would have loved to keep him. If you ask me personally, I think he's good enough for a national contract, but I understand why they make those decisions.”

Erasmus said he did not believe Ryan’s decision to leave was based around money.

He added: “I guess if we had more money then we could have kept him. I don’t think it’s a matter of Donnacha chasing money. I think the tough situation for a guy like him, he is 33 years old.

“I don’t want to speak on behalf of him, I’m sure he will say the same when you get to chat him. He has probably got one big contract left in him. Rugby players just have a short-ish lifespan, earning enough money.

“We gave him an offer of two years and obviously a team like Racing has got more money, and I think he had to make a career decision which has not been confirmed yet.

“Obviously when he loses his national contract the whole cost comes back to Munster which unfortunately we can’t afford to try and match that. He knows we wanted to keep him and we really tried our best.

“I guess it is one of those things where you must be happy for him. If that’s what he wants to do, he served this club well, he has done great things for this club.

“Guys move on, like all the other greats, Ronan (O’Gara) all the other guys who eventually move on. You have to respect that and wish them all the best.”