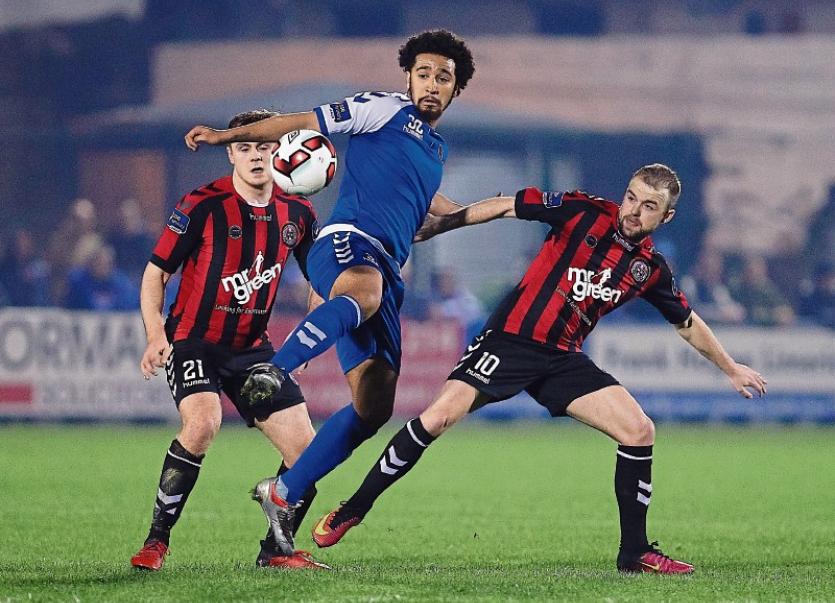 LIMERICK FC will be anxious to pick up their first win since the opening day of the season when tackling Bray Wanderers in a crucial SSE Airtricity League Premier Division fixture at the Carlisle Grounds this Saturday, 7.30pm.

Martin Russell’s Limerick side sit in ninth place in the Premier Division table after taking just one point from their three fixtures since their opening night thumping of Sligo Rovers at the Markets Field.

Blues boss Russell appreciates the fiercely competitive nature of the top flight since his side’s promotion back to the Premier Division as last season’s First Division champions.

Russell said: “From the outset I was one that said it’s a really competitive league. It’s still in the very early stages and it will pan out to be what it will be, but points will be hard won.

“That’s proven to be the case in this part and I think that will continue to be the case. Whether you’re playing at home or playing away everyone is capable of beating each other.

“There’s always pressure at this level to win games. At home where the crowd has turned out and they want to see the winning team, they get disappointed like we all do (if you don’t win). I think our form overall has been decent.

“I would be confident that if we can keep the same level that we will acquire a decent level of points. We’ve just got to look forward to the next game and get our focus on that game to try and get some points.

“Bray have got themselves an even stronger squad than they had last year, they finished ever so well. They’ve also got European aspirations with the current squad.

“As I said, it’s a tough league and going to Bray the way they are at this moment in time is a real challenge, but the group we have are equipped to go there and do well.”

For Limerick, Dave O’Connor and John O’Flynn have returned from injury and are both in contention for the today’s squad, something that adds to the options available to Russell.

However, Dean Clarke is doubtful due to a groin strain.