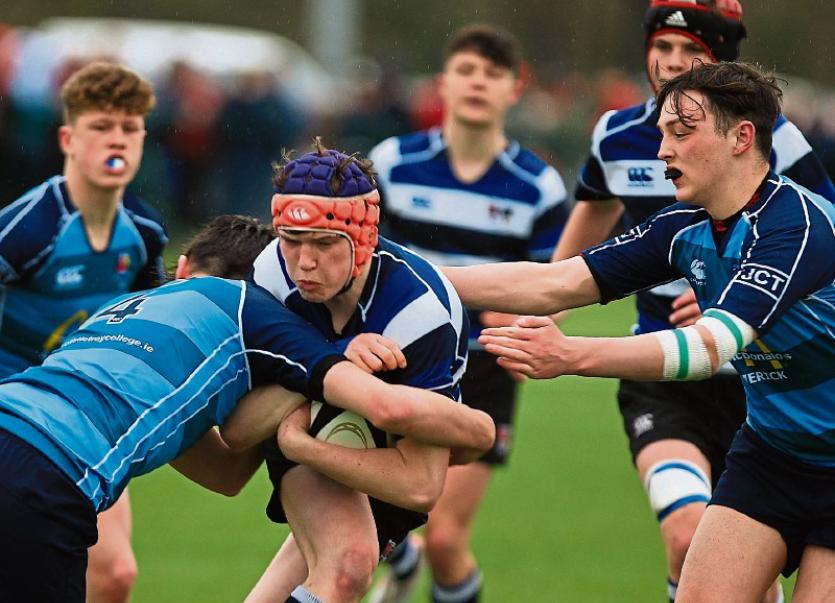 HOLDERS Crescent College Comprehensive will be looking to retain their Clayton Hotels Munster Schools Junior Cup title when taking on CBC, of Cork, in this season's final at Musgrave Park today, Wednesday, 2pm.

This is the third time in a row these two Limerick and Cork rivals have made it to the final stage of the Junior Cup.

In 2015, CBC defeated the Dooradoyle outfit 22-10 in the decider, while last year Crescent extracted their revenge with a 17-7 defeat following a replay at Thomond Park.

Crescent booked their place in the final with a comfortable victory over Castletroy College at the semi-final stage.

This is the second time these two sides will have faced each other in the Schools Junior Cup competition this season, with the first-round draw pitting the last two seasons’ finalists against each other.

That game, which took place in January, also at Musgrave Park, in Cork, saw Crescent College recover from a 15 point deficit to draw the game 15-15, but the Cork side went through as winners on the first-try scored rule.

Crescent College cruised past Bandon in the play-off round, before flying into the semi-final with a 21-5 victory over Rockwell College.

A 19-5 victory over fellow Limerick outfit Castletroy in the semis at the UL 4G saw them into today's Junior Cup final.

Crescent College claimed their seventh Junior Cup success - and their first since 2011 - when seeing off CBC, of Cork, in an exciting final replay at Thomond Park last April.

Two members of their successful 2016 squad, Oisin Evans and Jack Delaney, are included in the squad again this year which is captained by Jake Connolly.

Crescent warmed up for the Junior Cup by winning the North Munster City Junior Cup decider against St Munchin's College in October.