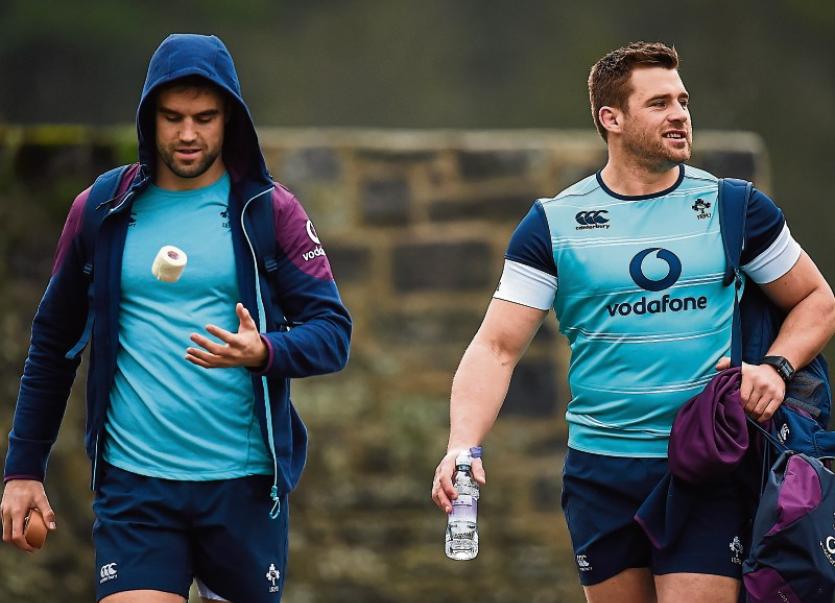 IRELAND scrum-half Conor Murray and back-rower CJ Stander have been nominated for the prestigious RBS Player of the Championship award following the completion off the 6 Nations Championship.

The Munster duo of Murray and Stander are among 12 players from the six competing nations in the running to scoop the top award.

The short-list of players nominated also includes Louis Picamoles and Camille Lopez, of France, Finn Russell and Stuart Hogg, of Scotland, the England trio of Maro Itoje, Owen Farrell and Joe Launchbury, Sergio Parisse, of Italy, as well as Rhys Webb and Ken Owens, of Wales.

Players at every RBS 6 Nations match this year were awarded or deducted points based upon several different performance categories which cover all aspects of the game.

These categories are proportionately weighted based on the different positions by an algorithm created by Accenture, Official Technology Partner of the RBS 6 Nations.

This year, Accenture has worked very closely with Accenture Analysis Team member, and former South Africa and Italy coach, Nick Mallett to draw up a shortlist of 12 players who have displayed specialist skills and outstanding ability throughout the whole Championship.

members of the public can log on to www.rbs6nations.com/RBSPlayerOfTheChampionship to have the final say by voting who should be crowned the RBS Player of the Championship 2017.

Voting closes at noon on this Tuesday, March 21, and why not let us know when you have voted and what your reason is by tweeting @SixNationsRugby