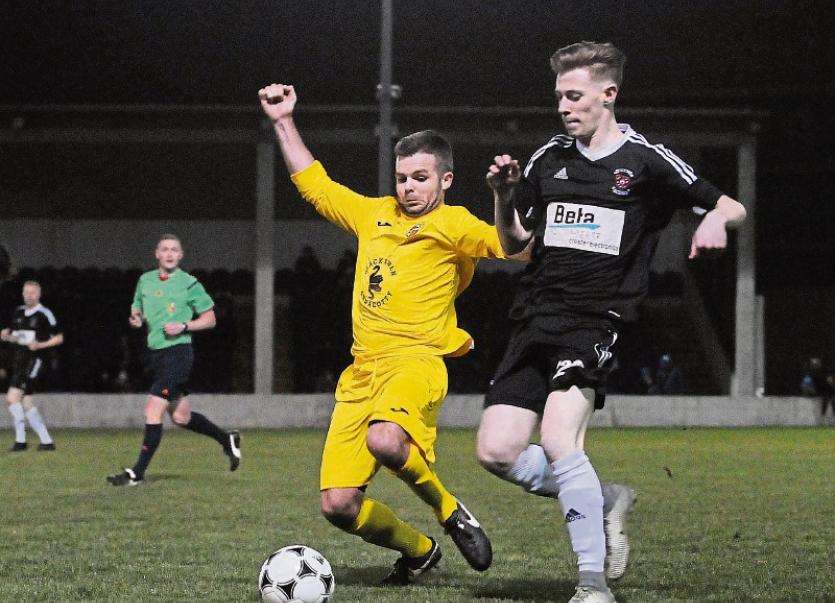 JANESBORO player Danny O'Neill made the shortlist for Junior Soccer player of the year at Sunday night’s FAI International Football Awards at the RTE Studios.

David Hoban (Westport United) and Stephen Kelly (Newmarket Celtic) are the others nominated for the award.

O'Neill has been one of the most consistent players over the last five seasons in the Premier League.

His Premier baptism in 2009/10 ended in disappointment as he played 15 times before Geraldines were relegated.

He had also represented Limerick seven times in the Oscar Traynor trophy and Irish manager Gerry Davis called him up to the squad along with 'Boro team mate Steven Bradley and Pike Rovers' Pat Mullins earlier in the year and he impressed enough to win five caps and earn a nomination for the ultimate recognition.

Fairview's Kevin McCarthy and Barry Flynn are previous winners of an award that should have spent a lot more time on Shannonside over the years.

In the Premier League, Nenagh AFC will be glad to have seen the back of Fairview Rangers for this season.

Having already gone down in FAI and Munster Junior Cups to the Fairgreen side, on Sunday Paul O'Donnell's men may well have ended the Tipperary's sides hopes of nipping in between Janesboro and Pike Rvs to take the title.

Christy Doyle gave Fairview a first half lead and after the restart Darragh Rainsford pounced to fire in his 17th of the season.

Nenagh's were then reduced to ten men and paid the price as Dave Hannon and George Daffy added further goals.

Following a couple of disappointing Cup results over the last week, Janesboro ensured their League title bid is right on cue following a 2-1 win at Kilmallock on Sunday.

Shane Clarke from a penalty and Adrian Power had the League favourites two ahead before Barry Sheedy pulled one back for the home side.

Pike Rovers turned in another fine display hitting Regional for six without reply at a gusty Pike Field on Sunday.

First half goals from Dave Ryan, an own goal, Eoin Hanrahan and Shane Walsh saw Pike well in command and after the break John Connery and Steve McGann completed the rout.

Under 17 League Division One