O'Mahony: "Ireland will take lots of positives from England win" 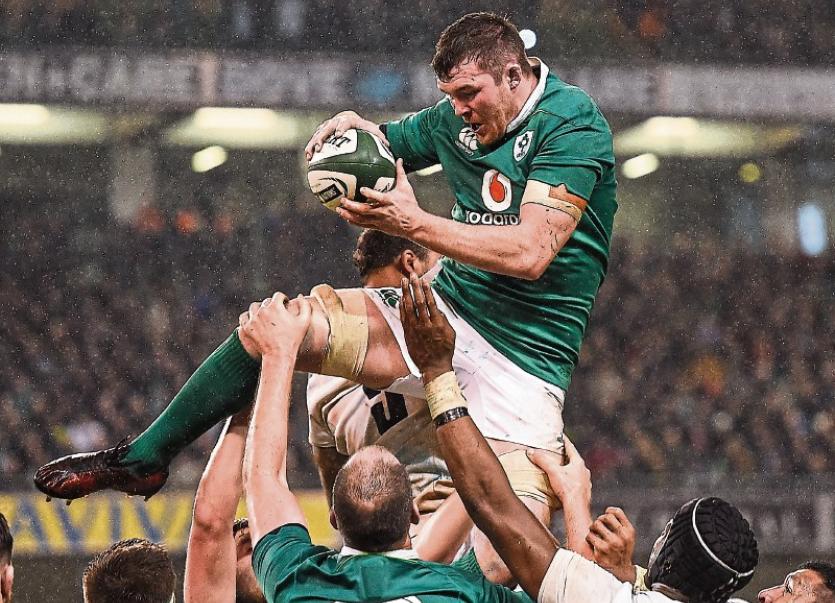 MUNSTER’S Peter O’Mahony, Man of the Match in Ireland’s thrilling 6 Nations win over England, said the side would take lots of positives from their 13-9 victory at the Aviva Stadium.

O’Mahony, a late call-up to start the game after Jamie Heaslip picked up an injury, turned in a powerhouse display in the Irish back-row as Joe Schmidt’s side ended England’s dream of claiming a Grand Slam.

England did collect the 6 Nations Championship trophy after the game which saw Ireland record their 48th win over their arch rivals.

Afterwards Munster captain Peter O’Mahony said: "It (the performance) came from a special group of guys. We were disappointed with the way some of the results have gone but we knew deep down there is a lot of heart there, fellas showing up for each other, showing up for what is special to them, not just on the pitch but off it.

"It broke our hearts really (losing to Wales in Cardiff), the support we have every time we come here and abroad is amazing. We let a lot of people down so thank you today.

"I think Jamie (Heaslip) took a bang in the warm up and I got the shout when we went back into the dressing room. That's what we are there to do.

"It was a massive one for us. We need to show everyone what it meant to us and we did do today.

"It was a nice end but this team is good enough to be competing for championships and at the end of the day we want silverware.

“We will take a lot of positives out of today and what went on over the past few weeks and move on and build."