Munster duo Keatley and Saili have scans on injuries 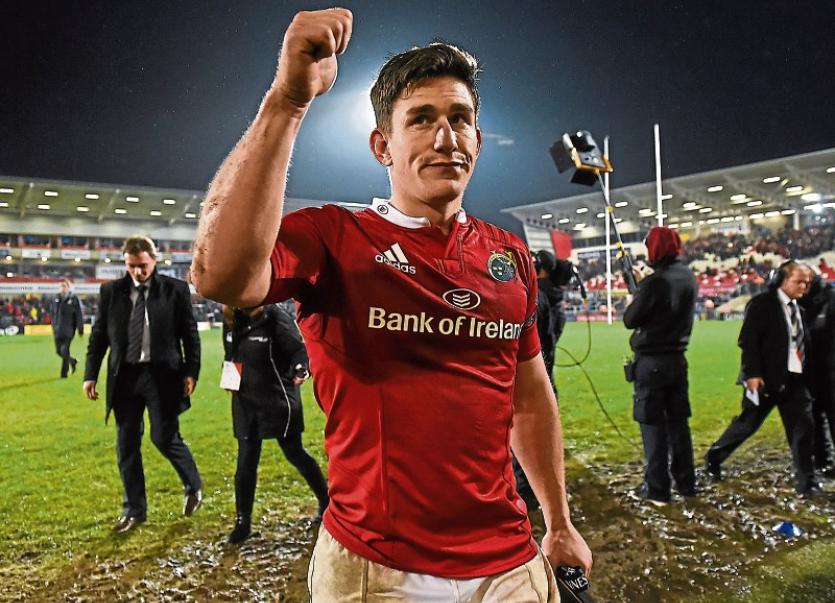 THE Munster duo of Ian Keatley and Francis Saili have undergone scans for the injuries they pair picked up in Saturday’s Guinness Pro12 victory over Cardiff Blues.

Out-half Keatley will undergo a scan for a knee injury sustained in the opening quarter of the 23-13 victory, while the medical team are waiting on the results of a scan for centre Saili’s leg knock.

On a positive front for Munster, back-rower Robin Copeland had no ill effects following his return to Pro12 action on Saturday, after successfully rehabbing a thumb injury sustained against Doncaster in the British & Irish Cup in early January.

Sam Arnold, who sustained a knee injury in the same B& I Cup encounter, lined out for his club side Garryowen at the weekend and is showing no ill effects following 40 minutes of game-time.

John Madigan has completed his rehab for an ankle injury sustained playing for his club side Dolphin at the end of January and is available for full training, while scrumhalf Te Aihe Toma is being managed for a wrist injury sustained last week.

While Munster do not return to Guinness Pro12 action until their March 25 away date with Zebre, it's not all rest and recovery for the squad as Peter Malone's Munster A side return to British and Irish Cup action this Sunday for the quarter-final against Ulster A.

The game takes place at Musgrave Park at 3pm with preparations commencing later in the week and the confirmed team to be announced on Friday at midday.