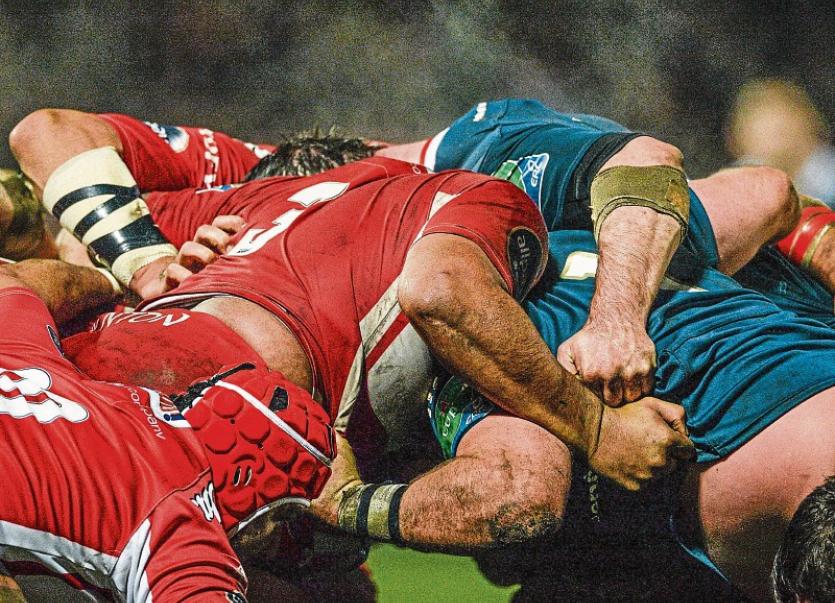 DIVISION 1B sides Shannon and UL-Bohemian and Old Crescent, in Division 2B, recorded the only Limerick wins in a crunch day of Ulster Bank League action.

There was disappointment for both Limerick sides in Division 1A, with both second-placed Young Munster and eighth-placed Garryowen suffering disappointing defeats to Dublin college sides.

Munsters’ sit just one point ahead of third-placed Cork Constitution after taking just a losing bonus point from their 20-13 defeat to UCD at Belfield Bowl.

The Greenfields side, who led 10-9 at half-time, had a try from Rob Guerin, while out-half Alan Tynan added two penalty goals and a conversion.

There are now just four series of regular season fixtures to come in the battle to secure a top four play-off position in the Ulster Bank League.

Garryowen, whose only points came from a Neil Cronin penalty in the opening half, had trailed 6-3 at half-time. However, 16 unanswered points from the students in the second period, saw the Light Blues depart Dublin empty-handed.

Conan Doyle’s Garryowen are now hovering just five points above the relegation play-off position in 1A with four games remaining.

Garryowen will host fourth-placed Clontarf at Dooradoyle, while Young Munster entertain seventh-placed Dublin University at Clifford Park in crucial Round 15 fixtures on Saturday next.

Meanwhile, in 1B, UL-Bohemian boosted their promotion hopes with an impressive 30-23 win away to Ballymena.

The sides placed, second, third and fourth in 1B at the end of the regular season will be involved in the promotion play-off series.

Meanwhile, Shannon’s resurgence in 2017 continued on the back pitch at Thomond Park when Tom Hayes’ side recorded a gritty 20-14 win over UCC.

The home side, who led 10-6 at half-time, had tries from Niall Mulcahy and Greg O’Shea, while Conor Fitzgerald added two penalties and two conversions.

The victory sees eighth-placed Shannon move four points clear of Galwegians, who occupy the relegation play-off position in Division 1B.

In Division 2B, fourth-placed Old Crescent maintained their promotion push with an excellent 17-0 away win over Bective Rangers at Donnybrook.

Crescent, who led 10-0 at half-time, had tries from Brian Tuohy and Gareth Quinn-McDonogh, while Shane O’Brien added a penalty goal and two conversions.

Also in Division 2B, basement side Thomond suffered a 28-22 defeat to MU Barnhall at Liam Fitzgerald Park, despite a highly spirited display.

Bruff, who trailed 3-8 at half-time, had a try from Maghnus Collins.

Bruff have slipped two points behind fourth-placed Tullamore in the battle to secure the final promotion play-off place in Division 2C as a result of this defeat.