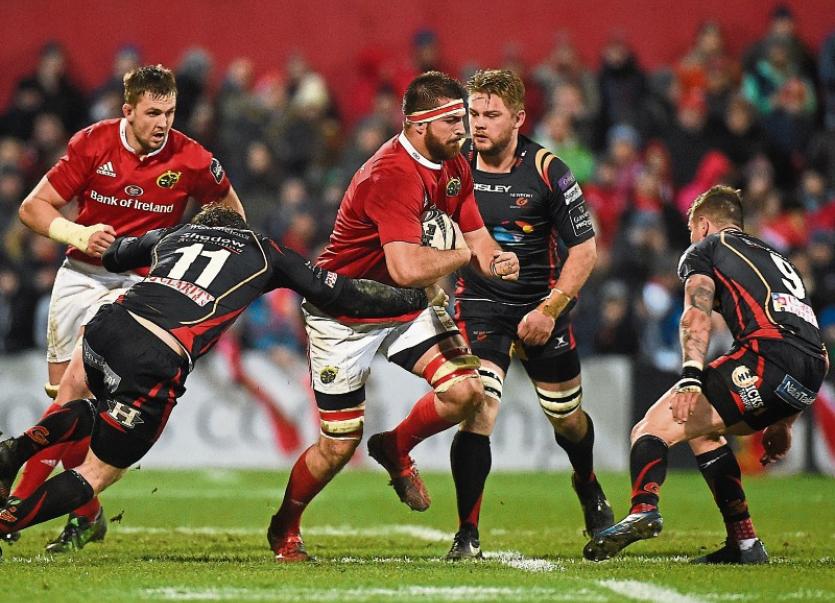 MUNSTER have been dealt a major injury blow with second-row Jean Kleyn ruled out for up to 10 weeks due to a neck injury.

Confirmation of Kleyn’s injury, which is set to rule him out of action for between 8 and 10 weeks, comes following consultation with a specialist. Kleyn sustained the neck injury in last Friday's Guinness PRO12 encounter against Newport Gwent Dragons.

Meanwhile, Munster’s South African centre Jaco Taute continues to rehab a shoulder injury sustained in the same game, requiring further rest and recovery over the next week or so.

Director of Rugby Rassie Erasmus has named his match day 23 for this Saturday's Guinness PRO12 encounter against Ospreys at the Liberty Stadium, 5.15pm.

In making five changes to the side that defeated the Dragons in Cork, returning Irish internationals Ian Keatley, Billy Holland and John Ryan have all been made available for the top of the table clash and are included in the starting line-up.

Ryan comes in to join Dave Kilcoyne and Rhys Marshall in the front row while Billy Holland and Darren O'Shea form a new look second row in completing the front five.  Holland will make his 150th appearance for the province this Saturday.

Duncan Williams and Captain Tyler Bleyendaal will again line up in the half-backs.

Ian Keatley starts at fullback, joining Darren Sweetnam and Ronan O'Mahony in the back three and the final change sees Francis Saili pairing up with Rory Scannell in midfield.