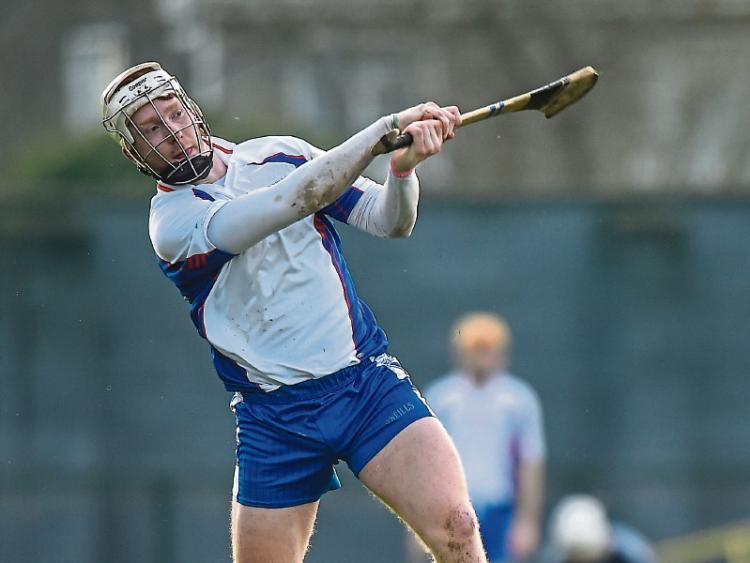 CHAMPIONS Mary Immaculate College powered into the semi finals of the Fitzgibbon Cup this Tuesday afternoon with a 4-18 to 1-16 win over NUI Galway.

In the end the Limerick side had 11 points to spare over NUI Galway to book a Friday February 24 semi final in Galway, against the winner of Wednesday’s quarter final between LIT and UCD.

Patrickswell’s Aaron Gillane led the way for Mary Immaculate with a return of 2-10 to follow up his 3-9 in the previous round.

In a timely reminder to the Limerick hurling management, Gillane notched 2-4 from play before his withdrawal on 45-minutes.

Joining Gillane in the Limerick line-up were his Patrickswell team-mate Cian Lynch, Doon duo Richie English and Darragh O’Donovan, while Na Piarsaigh’s Thomas Grimes was introduced as a sub.

The Limerick side were 2-11 to 0-11 up at half time in the splendid Spring sunshine in their college GAA grounds.

Darragh O’Donovan (2) and Gillane (3) notched points from play as the home side went 1-5 to 0-2 clear on 10-minutes. The goal came from Tadhg Gallagher.

The second Mary Immaculate goal came on 20-minutes when Cork’s Luke Meade showed great control to find the net to move the Limerick side 2-8 to 0-8 ahead.

Although only two goals seperated the teams at half time, an early second half scoring spree had Mary Immaculate firmly in control.

Gillane had their third goal four minutes into the second half.

His second goal and a fourth for Mary Immaculate came 11-minutes into the second half to leave the Limerick side 4-14 to 0-13 ahead.

Despite hitting 13 wides, compared to just two for Galway, Mary Immaculate eased into the semi final with the NUI goal coming in the 57th minute from Gearoid Loughnane.