Francis Saili: 'I would love to remain with Munster' 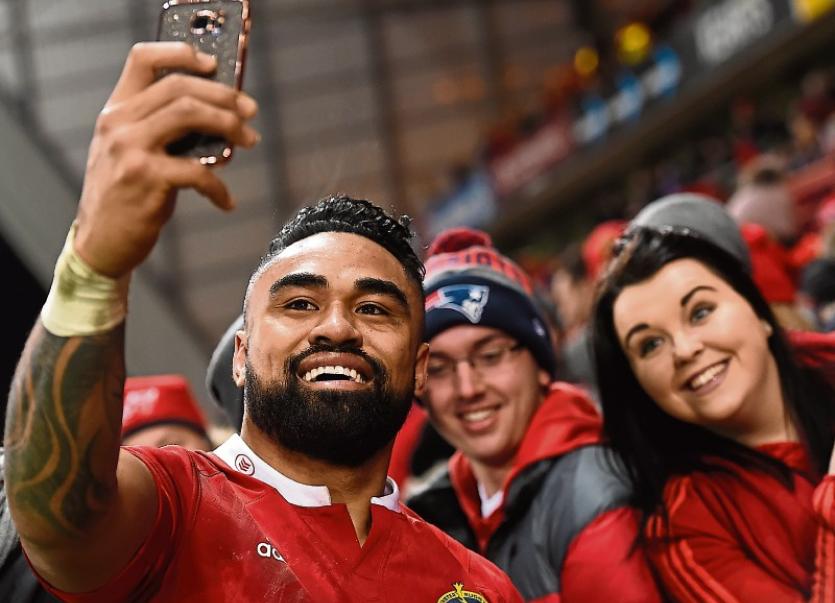 MUNSTER centre Francis Saili said he would like to extend his stay with the province after his current contract runs out at the end of this season.

All-Black Saili, who returned to full fitness in recent weeks, following shoulder surgery, joined Munster from the Auckland Blues on a two-year contract in the summer of 2015. Saili is this week preparing for table toppers Munster's Guinness PRO12 clash with the Dragons at Musgrave Park on Friday, 7.35pm.

Saili made his debut for the All Blacks against Argentina in September 2013 at Hamilton and was part of the New Zealand Under 20 team that won the Junior World Championship in Italy in 2011.

Saili, who turns 26 next week, is out of contract at the end of this season.

Munster recently announced the signing of Belfast-born centre Chris Farrell from French Top14 side Grenoble, while Kerry native JJ Hanrahan, who can play in the centre as well as out-half, will return to Munster from Northampton Saints this summer.

Munster also opted to extend South African Jaco Taute's stay at the province until the end of this season. Taute, who can play at full-back was deployed as a centre for the majority of Munster's season to date.

Asked about his future plans, Saili said this week at UL: “It is a weekly thing for me, but I would love to stay here (at Munster) longer.

“There is always that dream of going back home for the Rugby World Cup, but we have something going good here. Whatever happens happens, but I am just playing each week as it comes and putting my hand up, being able to do my best.

“That is what I want to do. We are competing for silverware on two fronts at Munster. Last year we never thought this would be in sight.”

Saili said he has been impressed with the displays of Limerick teenager Calvin Nash who made his senior debut for Munster in last Friday night's PRO12 win over Edinburgh in Scotland.

Saili said: “Funnily enough, I asked how old he was in the airport on the way back home (from Edinburgh) because I was asking the boys ‘How old is this guy’ and they were saying he was only 19,

“I’ve been impressed with him in training, he’s rapid man so I think there’s many more games to come from him especially with this block of games. He’s a good prospect coming through the ranks for Munster.”