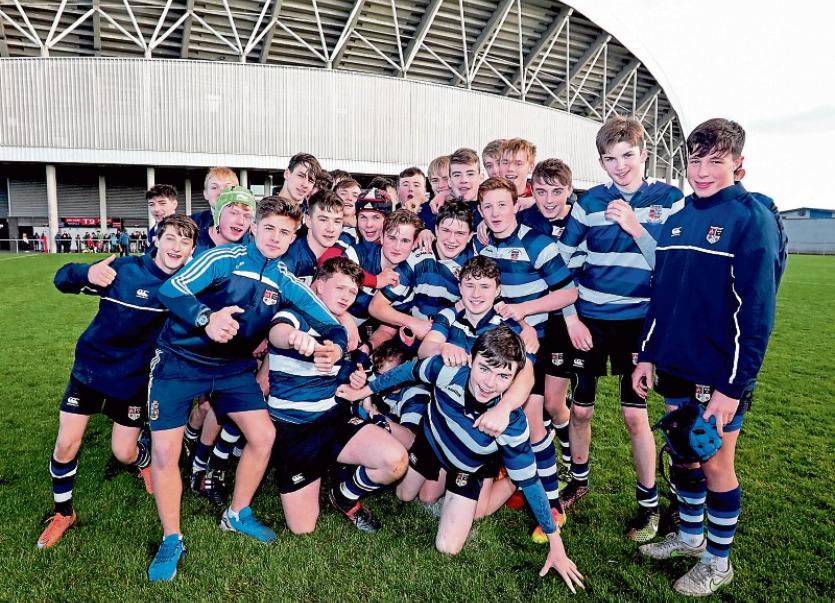 HOLDERS Crescent College Comprehensive advanced to the semi-finals of the Clayton Hotels Munster Schools Junior Cup after scoring an impressive 21-5 victory over Rockwell College in their quarter-final clash at Clanwilliam FC this Wednesday.

There was disappointment for another Limerick side, Ardscoil Ris, however, as they suffered a 30-8 defeat in their last eight clash with CBC, of Cork, at Musgrave Park.

The remaining quarter-final featuring a Limerick side, was called off following serious injuries sustained by three St Munchin’s College players in their last eight tie with PBC at Musgrave Park.

2016 winners Crescent were in complete control in the opening half against Rockwell with tries from Jack Delaney and Gary Kelly helping them into a 10-0 lead at half time.

The impressive Delaney kicked two penalties to increase the Dooradoyle side’s lead before scrum half John O'Sullivan got in for a Rockwell try late on.

A third Crescent try from Seamus Hurley in injury time completed the scoring.

Meanwhile, Ardscoil Ris trailed CBC 3-11 at half-time in their quarter-final, with the Limerick side’s points coming courtesy of James Hourigan.

Killian Dineen brought Ardscoil within touching distance of Christians with a try in the corner following a break on his own ten-metre line.

However, 19 unanswered points from the Cork side, including three tries eased them to victory.

2013 Junior Cup winners Castletroy College earned their semi-final place thanks to a derby victory over St Clement’s College on Tuesday.