Four Munster players on Irish U-20s side to face Italy 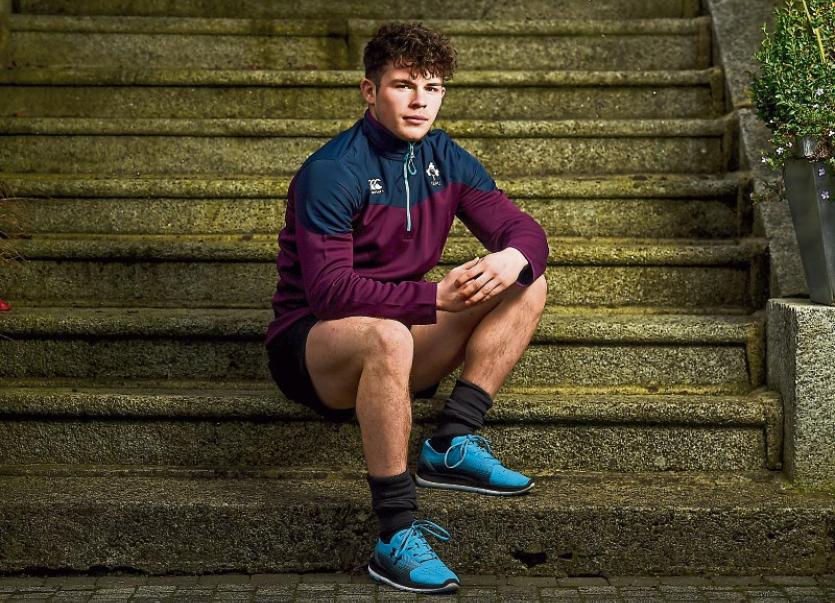 Calvin Nash, who will start on the left wing for the Irish U-20s side against Italy on Friday

FOUR Munster players have been included in the Irish U-20s side to face Italy in the 6 Nations Championsbip this Friday at the Stadio Enrico Chersoni in Prato.

Young Munster winger, Calvin Nash, who made his senior debut for Munster away to Edinburgh in the Guinness PRO12 last week, has been named on the left wing for the Irish U-20s clash with the Italians.

Nash is joined in the side by former Glenstal Abbey star Colm Hogan, who is included at full-back. The pair are joined in the pack by ex-Castletroy College prop Joey Conway, of UL-Bohemian, while Fineen Wycherley, of Young Munster, is named in the second-row.

Four more Munster players are included on the replacements bench for the Italian game, the Young Munster duo of Jack Lyons and Gavin Coombes and the Shannon pair of Conor Fitzgerald and Adam Moloney.

Ireland opened their U-20 6 Nations campaign with a dramatic 20-19 victory over Scotland on Friday night last.