Munster's Rassie Erasmus: "I'm not in mix for 'Boks job" 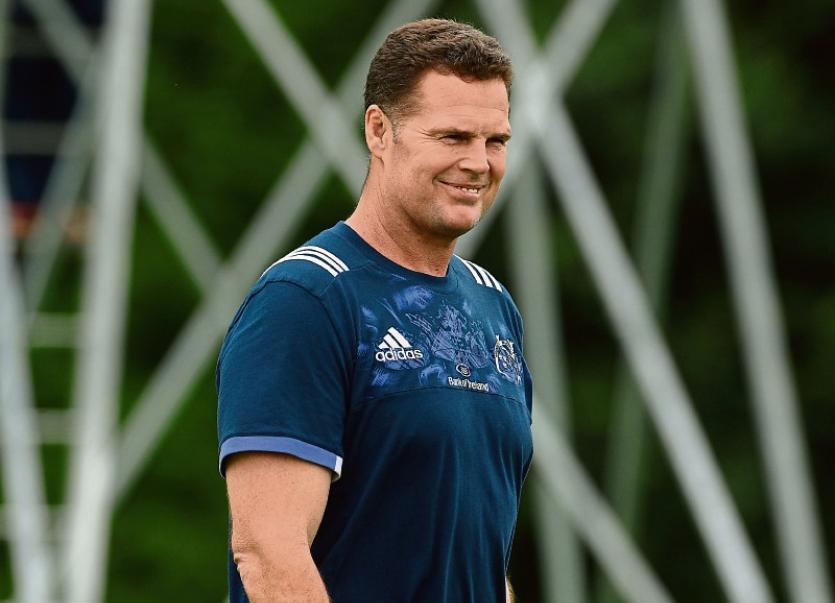 MUNSTER Director of Rugby Rassie Erasmus has dismissed speculation linking with him with a possible return to his native South Africa to coach the national side.

Erasmus has enjoyed a hugely successful first seven months in charge at Munster with the province top of the Guinness PRO12 and looking forward to a glamour Champions Cup quarter-final tie with Toulouse on April 1 at Thomond Park.

Current Springboks head coach Allister Coetzee faces an uncertain future in his role. A series of poor results during last year’s campaign, including a home Test defeat to Ireland and an away loss to Italy, has prompted many to believe that his term is coming to an end.

However, speaking at UL on Monday, Erasmus insisted he would not be returning to South Africa any time soon.

Table toppers Munster are preparing for a crucial Guinness PRO12 clash with the Dragons at Musgrave Park on Friday night, 7.35pm.

Erasmus said: "There is so much speculation with things normally at this time of the year with players, but I just think the South African set-up is obviously going through a little bit of a rough patch which they will definitely get out of, I am pretty sure they will.

"When that happens there is always a lot of speculation around different coaches. I am definitely not in the mix there."

Erasmus was impressed with how 19-year-old Limerick teenager Calvin Nash fared on his senior debut for the province in Friday night's win away to Edinburgh.

“He certainly has got the talent and when we took him off (v Edinburgh) we felt he is experienced enough and he did very well. And we hope he can kick on for the (Irish) U-20s now and hopefully again for us.”

Munster's game with the Dragons on Friday will be televised live on TG4.