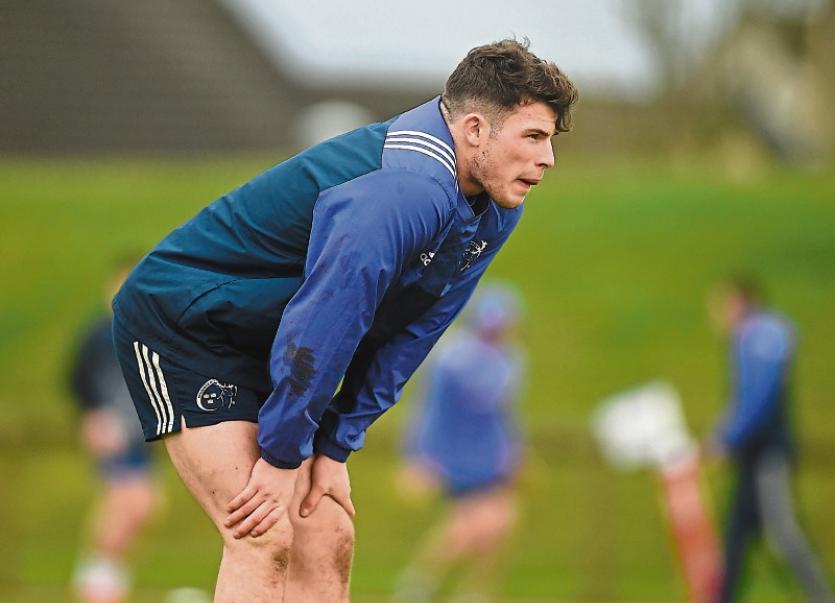 MUNSTER'S teenage debutant Calvin Nash has described his first competitive outing in the red jersey as 'a surreal experience'.

Nineteen-year-old Nash made his Guinness PRO12 bow for Munster in their hard-earned 10-9 victory over Edinburgh at Myreside on Friday night. The win saw new PRO12 leaders Munster leapfrog Ospreys into top spot in the table. Munster have now won their last seven Guinness PRO12 fixtures.

Rising Limerick star Nash enjoyed a competent debut on the wing before being replaced in the second half by Rory Scannell.

Nash, who in his first year of the Munster Academy, debuted on the right wing after a string of impressive performances with Munster 'A' and his club side Young Munster.

Afterwards, the former Crescent College Comprehensive star in an Instagram post said: “Surreal experience getting my senior debut with @munster_rugby. Made even better alongside my fellow cookie (Dan Goggin).”

Munster included four Academy players in the matchday squad for the game. Prop Peter McCabe made his first start for Munster while Stephen Archer made his 100th Guinness PRO12 appearance.

Ronan O'Mahony picked up his first man of the match award and extended his try scoring record to eight tries this season.

O’Mahony turned in an all-action display, scoring the game’s only try from close range thanks to a brilliant offload from skipper Tyler Bleyendaal.

Afterwards O'Mahony said: “It was great to score a try and they are training ground moves, it’s great to be given licence to roam all over the pitch.

“It was unbelievable work from our forwards to manufacture the opportunity, it was a great scrum and it was a brilliant platform to play off and we’re just there to finish things off.

“We weren’t at the races tonight and I think anyone can see that, we had a high penalty count and spilt a lot of balls but sometimes you have those games and you need to head back to the training ground and improve once again.”

Munster return to PRO12 action on Friday night next when hosting the Dragons at Musgrave Park, 7.35pm.