Shepherd Rhys Marshall is hooked on life at Munster 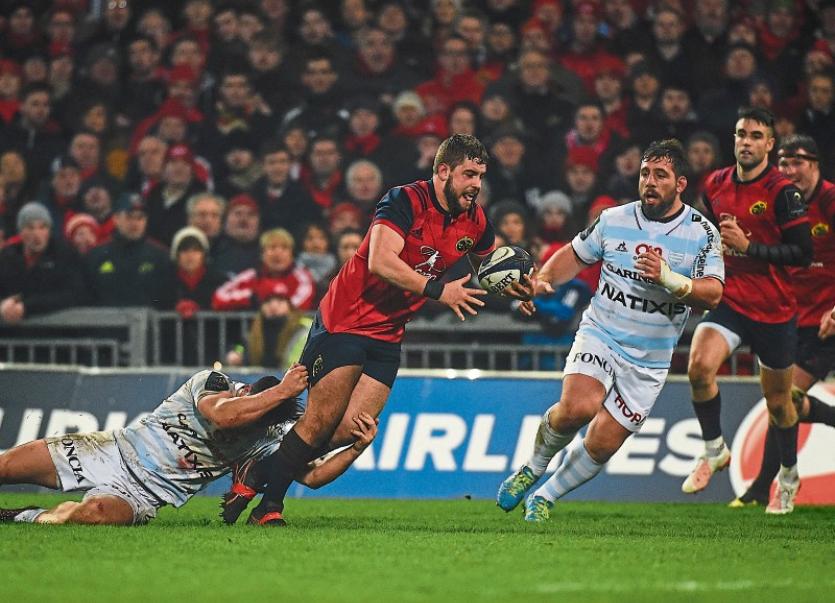 RHYS Marshall's lifestyle back home in New Zealand after he left school could hardly have been more removed from that of his current rugby playing days at Munster.

Hooker Marshall, a farmer's son spent two years working as a shepherd on a large 5,500 hectare holding in Hawke's Bay where he tended to 28,000 sheep, spending much of his days riding around the vast countryside on horseback.

Marshall, who joined Munster on a three-year-deal last autumn, is set to see increased gametime for the province in the coming months as Niall Scannell is part of Ireland's extended RBS 6 Nations squad.

"There were 22 of us working on the station just on horseback, so it was pretty much a two-year course. You come straight out of school and go into this.

“They pretty much teach you everything, how to break a horse, how to train a dog, shearing sheep, fencing, everything agricultural along with your studies. You do that for two years and a lot of guys filter into the agricultural sector.

"I managed to get back into my passion which is rugby. There are 22 boys, they put their own team into the local competition (rugby), so pretty much all that there is there is a pub, a rugby club and a station.

"You are an hour and a half from anyway. It's pretty rural. There were still probably a few of my favourite years.

“We worked hard Monday to Friday, no beers, you don't touch the stuff. Saturday/Sunday you play your (rugby) game, you have a few beers and then you repeat it. It was pretty awesome.

"First year, we did eight-hour days, second year it was up at 5am and home at 7pm. You had to be horsed up and ready to go 5am, have breakfast and out the door at 5.30pm.

"The worse thing about that was you don't eat and drink, you are on a horse, you just don't stop. You are on the go constantly because the farm is so big and you have to so much to do, you get home and your tucker (grub) would still be in your saddle bags.

“You'd think, s**t, I forgot to stop and have lunch. It was a big change for me getting around my eating habits.

"You would literally be on the horse and everyone is taking the piss out of me. I am constantly trying to whistle at my dog. It was hilarious."

The physical exertions of tending to 28,000 sheep dispersed over a vast area of countryside left Marshall needing to put on weight when he turned up for new Zealand U-20s trials.

He recalled: "The worse thing about it was I turned up to the New Zealand U-20s trial and I was 88kgs. The coach stood up and laughed at me. I thought that is not really on.

“I saved up a bit of money. We didn't get paid that much, but pretty much ever dollar went into food.

"I would make little packed lunches, creamed rice and tuna and everything else they told me to eat. I would have four of these a day between my meals and so I was eating the house down.

"I would turn up for breakfast and feel ill before I'd start to eat. I had a real mental struggle with food after that.

“There was this massive amount of work and it paid off, I got on the team and then after that I lost a lot of weight again.

“I made the New Zealand U-20s squad for the Junior World Championships. We got beaten in the final.

“When I got home the Chiefs, out of nowhere just offered me a deal to go straight into Super Rugby and in hindsight it was probably a little bit early.

“I never had an Academy or never been in the gym.”

Marshall knew plenty about Munster's history before he came to Ireland, after listening to his grandfather's stories about the province's exploits while growing up.

"I didn't have another Super Rugby contract at the end of last season, so I was just going to be playing provincial level at home.

“I got a couple of offers from like numerous clubs which I didn't know much about. I wasn't actually that keen to go to them because at home we love rugby down there and we are the province.

"Then the Munster idea came up and I didn't have to give it a second thought because knowing Munster's history and knowing hoe passionate they are and all the legacy that is with Munster.

"The three-year-deal came up and I thought I could just stay here in Taranaki and work on the farm and play for the second half of the year, but I thought, 'no I'm going to go to Munster.'

Marshall has been struck by the Munster supporters passion for the game, something he first noticed as a 15-year-old while watching the province's memorable fixture with the All-Blacks at the official opening of the redeveloped Thomond Park in 2008 on TV

He recalled: “I also remember the hardest ever debut for 'Hika' Elliot the replacement hooker for New Zealand against Munster in 2008 at Thomond Park.

“He had only one throw into the line-out all game when you guys were up on the night Thomond Park opened. Munster were up in the game. Brad Thorn came up to him and gave Hika the call and he had to get the ball from the crowd. I just remember the crowd being in his face when he was getting the ball because the atmosphere was just so raw.

"I watched the game on TV. As a hooker myself when I saw him go and get the ball from the crowd I'm like 's**t, there is nothing worse, pressure throw, last minute of the game, you're down, you're in Thomond Park."

Passion levels for rugby among Limerick supporters was also brought home to Marshall as he watched Ireland's historic win over New Zealand in Chicago last November in a city centre pub.

“Tyler (Bleyendaal) probably got the most stick when Ireland beat New Zealand in November.

“I had only been here a couple of weeks but again that was really cool. My dad was over and we went to the pub, Nancy Blake's, and we were the only people there supporting the All Blacks.

“The Irish there were unbelievable. You had a handful of men crying. My family is rugby and we love to see that passion and emotion for the game is real cool, a real relief.”

So what are Marshall's ambitions in rugby from here?

“For me I had a huge change in my goals in the last three or four months around selection. For me now it’s to become the best rugby player I can.

“If I get here and stay here and get a chance to stay here for three years and play for Ireland, s**t, fantastic. But the way I see it is I’ve got three years now where I can become World Class and that’s what I want to do.

“I can become a World Class hooker and I am in a great place to do it. If that Irish call comes one day I will grab it.

“But if it doesn’t and Munster is right I want to stay here and I would like to give it a really good crack and come really good.