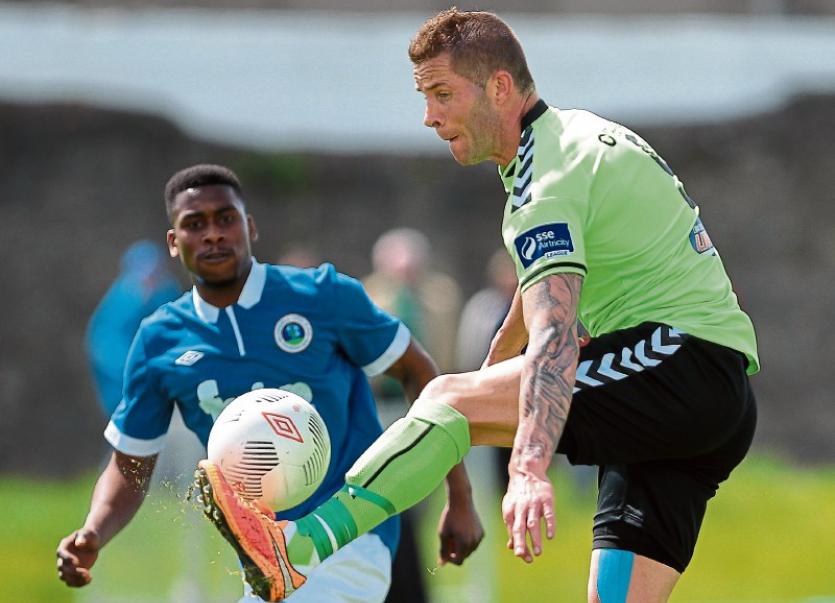 LIMERICK FC have bolstered their squad ahead of their return to the SSE Airtricity League Premier Division with confirmation of two more signings.

Experienced striker John O’Flynn has extended his stay with Limerick FC for 2017, while the Blues have also confirmed the signing of exciting youngster Chiedozie Ogbene from Cork City.

O’Flynn bagged 19 goals for Limerick FC last season, including 12 in the First Division, as Martin Russell secured automatic promotion back to the Premier Division as champions.

Thirty five-year-old O’Flynn who joined Limerick last season began his professional career with Peterborough United before returning to Cork City, where he won the League of Ireland Premier Division in 2005 and FAI Cup in 2007.

Ogbene has been training with Limerick for the past week. Ogbene made a number of first team appearances for Cork last season, including coming off the bench in Cork’s 1-0 FAI Cup Final victory over Dundalk at the Aviva Stadium.

Limerick’s first game on their return to the SSE Airtricity League Premier Division is a home fixture against Sligo Rovers at the Markets Field on Saturday, February 25 at 6.30pm.