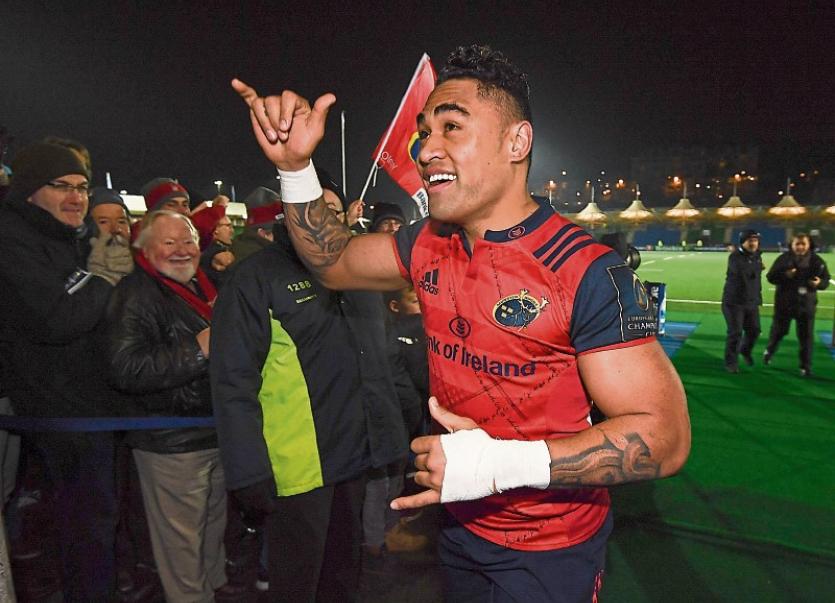 MUNSTER Director of Rugby Rassie Erasmus said he was ‘proud’ the province had managed to secure a place in the quarter-finals of the Champions Cup for the first time in three seasons.

However, Erasmus was also keen on keep a check on expectations levels following his side’s teak tough Champions Cup victory away to Glasgow on Saturday night.

Munster secured a 16th Champions Cup quarter-final place in 22 seasons when edging past their PRO12 rivals 14-12 in a high octane encounter.

Erasmus’ side can secure a precious home quarter-final in the Champions Cup by defeating French champions Racing 92 at Thomond Park next Saturday, 5.30pm.

Erasmus said: "If the players play as hard as they can and that takes us as far as possible, I think we would be stupid to put targets out there.

"But if we avoid picking up a lot of injuries and keep our form like this, I think we've got a chance of getting somewhere.

“We are proud that we’ve reached the quarter-finals and next week will be very important to see who we play.

“We will enjoy tonight and then we’ll go back to it tomorrow and see it realistically. Because I thought tactically, especially for 25 or 30 minutes after half time, we were really poor.

“Then at the end, we were actually really street smart. So there’s a lot of work to be done, but we will enjoy it.”