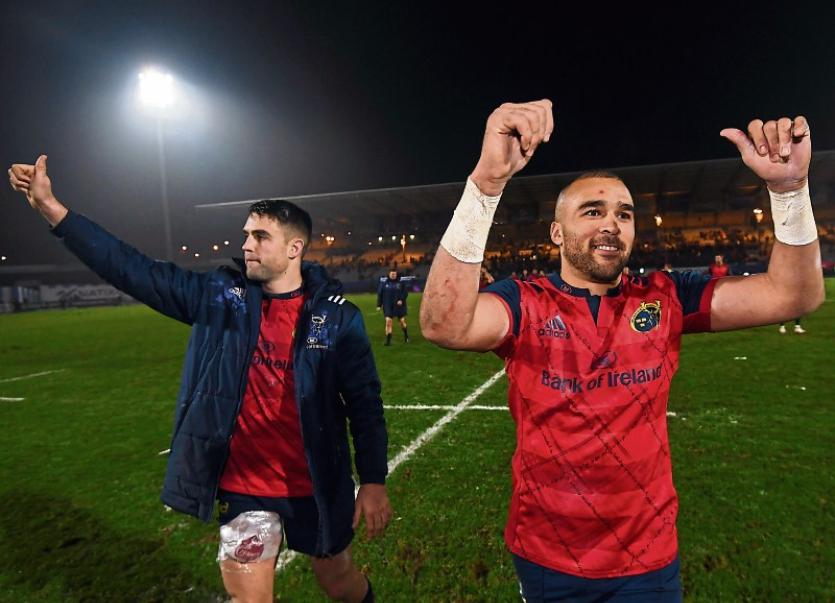 MUNSTER captain Peter O’Mahony believes the side would take a ‘huge amount of confidence’ from their bonus point Champions Cup victory away to Racing 92.

Table toppers Munster moved three points clear of second-placed Glasgow Warriors as a result of their 32-7 runaway win over the French champions at Stade Yves Du Manoir on Saturday.

Munster face a crucial fixture with the second-placed Warriors at Scotstoun on Saturday next, 5.30pm, in Round 5 of the competition.

Saturday’s rescheduled clash in France saw Munster make an emotional return to Paris where head coach Anthony Foley had passed away suddenly on the morning of the original fixture.

O’Mahony said: “It was tough to be back. It was a big week for the club for many reasons and I thought it was quite a mature performance for a side for their first time being over here as a group. The performance was mature, so I was happy with the lads.

“To come away to France against a side with the quality that Racing have and put in a performance like that, you have to take a huge amount of confidence from it.

“It's a very tough place to come and play. We knew that if we let them exert their game plan on us in the first 20 minutes that it would get the crowd in the game and it's tough to get back in. I think the way we started was the most pleasing thing.

“We've put ourselves in a decent position. You know, as we do, that in this competition it's week by week and anything can happen.

“We've got to recover now, put in a big week's training and we have a massive test against an extremely good Glasgow side. A big week.”