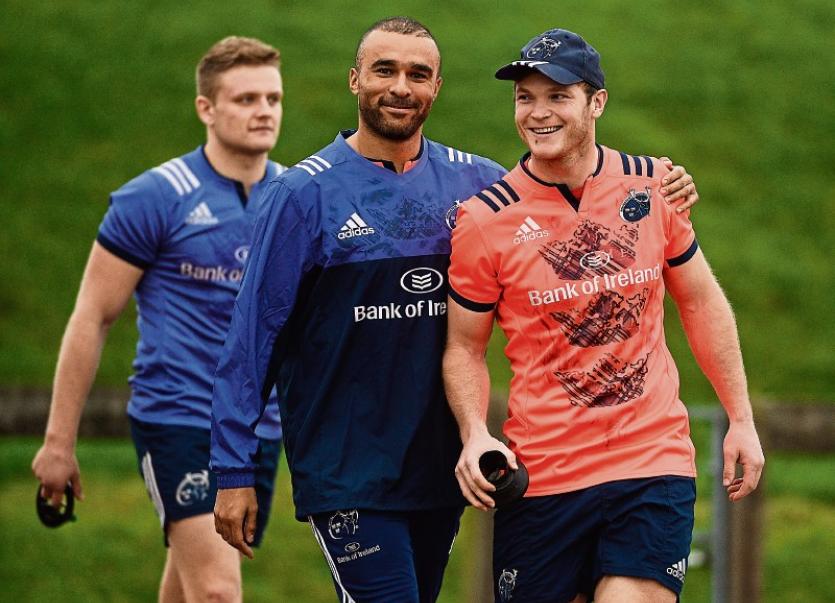 MUNSTER out-half Tyler Bleyendaal insists the side face a ‘huge challenge’ against Racing 92 in the Champions Cup in Paris this Saturday, 3.45pm Irish time.

The Pool 1 clash at Stade Yves Du Manoir was rearranged following the sudden death of Munster head coach Anthony Foley on the morning of the original fixture in October.

Second-placed Munster make an emotional return to Paris this weekend with their hopes of qualifying for the knock-out stages of Europe’s permier club rugby very much alive with three fixtures to play.

Munster, with a game in hand, trail Pool 1 table toppers Glasgow Warriors by two points, while Racing 92 have already seen their hopes of progressing disappear following three defeats in their pool fixtures to date.

Munster’s Kiwi out-half Bleyendaal has kicked 40 points in three European Cup matches this season and earned the try of the Round award against Glasgow Warriors.

Bleyendaal said: "It's a huge challenge, we've prepared for them before, we're excited for it and we're really looking forward to a great start for a big block of games coming up.

“Our pool is packed with great opposition and we have to perform, our focus is on Racing and the challenges they bring which is a lot of experience and flair.

"There is a lot at stake but we've just got to focus on this first game, we're just trying to build and make it to the quarter-finals and that starts this week.

“We've got momentum and we worked hard to get those results, we're building nicely but this is a unique challenge."

Bleyendaal will lock horns with a number of his countrymen in Paris and he has warned his teammates of the threats they pose.

He added: "They've got a lot of Kiwis there, and a lot of good Kiwis in guys like Dan Carter, Joe Rokocoko and Casey Laulala, who everyone here at Munster knows about.

“It doesn't stop there, their size, power and offloading threat is a big challenge but one we're looking forward to."