O'Mahony on the wing as Munster ring changes for Racing clash 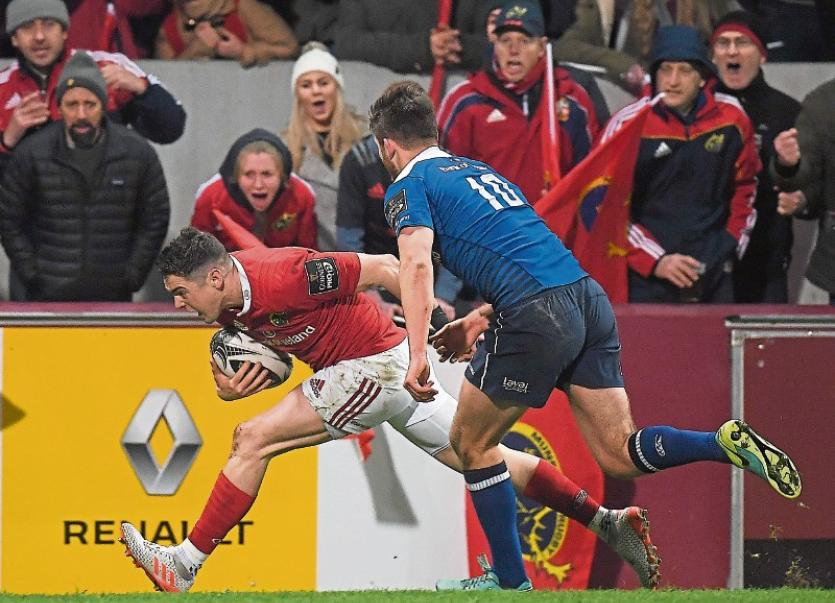 RONAN O’Mahony will start on the left wing for Munster’s crucial Champions Cup clash with Racing 92 in Paris this Saturday, 3.45pm.

O’Mahony has been rewarded for a series of excellent displays by getting the nod to start the rearranged Pool 1 fixture eith French Champions Racing at Stade Yves Du Manoir.

With O’Mahony named on the left wing, and Andrew Conway selected on the right wing, Ireland international Keith Earls is listed among the replacements for the crucial game.

Earls is line to make his 50th European Cup appearance on Saturday, should he see action in Paris against the Top14 champions.

Kiwi Tyler Bleyendaal will start the game at out-half, and with both Earls and fit-again Francis Saili named among the replacements, Ian Keatley, who was Man of the Match in the New Year’s Eve win over Connacht, is not included in the match day squad.

Centre Rory Scannell, who starts in midfield with Jaco Taute, can provide cover for the out-half position if required.

Director of Rugby Rassie Erasmus makes 10 changes in all from the side which defeated Connacht for the trip to Paris.

Munster have been boosted with the availability of Tommy O'Donnell who has overcome an ankle injury sustained at the Sportsground last weekend.

The South African duo of Jean Kleyn and Thomas Du Toit were unavailable for selection this week due to illness.